With her dog Indigo, Mayo has done several trips to Marocco on her Honda Goldwing sidecar motorcycle. 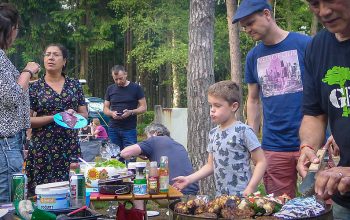