Why & How to Visit Major, Beautiful Cities in Brazil Safely

Brazil & danger are often two words in the same sentence and that is not entirely without reason in the major yet popular cities in Brazil. During our 2 years of overland travel in Brazil we visited many of these places and in this blog post we share our tips on attitude, emotional state of being, and what (not) to bring, which will help you navigate Brazil’s beautiful cities without issues and, instead, enjoy them.

“Are you going to São Paulo? But that’s a dangerous city! Don’t go there!”

São Paulo can be swapped for Rio de Janeiro, Belém, Salvador da Bahia, São Luís, Brasília and a couple of other major, beautiful cities in Brazil.

It’s a sentence we have heard many foreigners and Brazilians exclaim as we announced we were on our way to that city.

Fear from Strangers vs. Wise Words from Locals

Unsurprisingly, many of such claims of horror come from people who have never been in those cities and are therefore useless. Declaring a place as dangerous without having any first-hand experience is nothing but spreading fear into the world, in our opinion one of the most destructive – if not thé most destructive emotion – in the world.

Having said that, the same exclamations come from people who have every right to express them: they live there. We took their advice on where to go and when, and which places to avoid.

We appreciated their taking us sightseeing, which helped us feel at ease when we were new in the country and our heads still pretty much burst with warnings of danger. We grew confident and explored several of these “dangerous” cities on our own, and simply enjoyed.

How to Judge the Safety of a Major, Popular City

To judge a city we use several criteria:

The first I have mentioned, the second you can google, which leaves me with the third: our experiences. We visited all popular cities mentioned in the beginning of this blog, and more.

Our experiences varied: There were cities where we felt welcome, at ease and enjoyed ourselves, whereas in others we were always on our guard and weren’t relaxed.

I am not going to say which emotion ruled where. This is personal and I believe you have to find that out for yourself.

Why do Cities Feel so Differently?

No doubt it was a combination of where we were, at what time of the day, if we brought our camera, whether local people accompanied us, and, not unimportantly, whether we were in a good mood or not. It never ceases to amaze me how our moods attract positive or negative energy.

You can avoid a lot of trouble by going to these cities only when you feel good, strong, energetic and feel you can deal with nuisances with a smile and/or by using humor.

Being able to joke with persistent vendors or, let’s say, capoeira dancers in Salvador da Bahia, creates a totally different experience than when you feel annoyed by them and try to brush them off – in which you probably won’t succeed or may get yourself in a nasty situation.

Our Dos and Don’ts in Big Cities

That brings me to a couple of tips when visiting Brazil’s major cities. Remember they are tips based on our dos and don’ts, based on our personal experiences, and have nothing to do with “musts” or “must-nots”.

Attitude / Emotional state of being

What to Take / Not to Take with You

Read More: How do You Determine the Safety of a Region

Brazil’s major cities are not at the top of our list of best travel memories (the friends we made there do!). This has mostly to do with the fact that criminality is part of these places and we could never totally let go of our guard.

Yet, we are glad we visited them.

Each city has its own attractions and they are very distinct from each other, whether this is modern architecture in Brasília, beach life in Rio de Janeiro, colonial history in Salvador da Bahia or the azulejos in São Luís. For culture buffs, history buffs, architecture buffs these cities warrant a visit.

(No doubt for other reasons too, such as dining, entertainment and nightlife as well, but that’s not our thing so I can’t tell you anything about it.)

We loved Brasília, a UNESCO World Heritage Site, modern architecture, especially by Oscar Niemeyer. It is one of the cities we explored during the day as well as at night when the buildings are beautifully lit.

Another reason to visit Brasília is when you love landscaped gardens. Burle Marx designed many landscapes in Brasília, often around the Oscar Niemeyer’s buildings.

2a – Cuiabá, Gateway to the northern Pantanal

For most travelers Cuiabá is a gateway to the north side of the Pantanal. The city is far from exciting but also (or therefore?) easygoing.

Cuiabá is inhabited by a rich mixture of Indigenous, African and European descendants. The city’s social life centers around the narrow streets of the old city, lined with pastel-tinted houses, as well as in shady plazas. Vendors sell cold, fresh coconut juice, or snacks like churros – a deep fried dough – and tapioca: small pancakes made of manioc with either a sweet or salty filling (also called beiju).

Vendors sell handicrafts from pushcarts or at the small artisan market which is situated in the narrow alley along the cathedral at the main square (Praça da Republica). For lovers of handicrafts, check out the Casa de Artesão (“House of Handicraft”). This museum displays indigenous arts like ceramics, wood and leather and gives insight into the art of Mato Grosso’s Indian tribes.

The number of churches in Cuiabá is staggering and varies from Catholic to Presbyterian, from Baptist and Pentecostal to El Grande Templo de Assembléia de Deus. The city also has a mosque. On Sunday morning the churches are packed to the rafters. The Catholic churches may be open more often during the week for an early-morning or late-afternoon mass.

Several churches in Cuiabá have been declared National Heritage Monuments. Among them are Bom Despacho and Igreja Nossa Senhora do Rosário e Capela de São Benedito.

2b – Campo Grande, Gateway to the southern Pantanal

Another gateway to the Pantanal, this time to the south side.

In 1875 José Antônio Pereira founded the village of Santo António de Campo Grande. He constructed his ranch where the Porsa and Segredo streams met, which nowadays houses the Botanical Gardens (Horta Florestal). In 1914 Campo Grande grew quickly in importance, after a railway connected the town with eastern, economically rich, Brazil.

Since 1977 Campo Grande has been the capital of the state of Mato Grosso do Sul and numbers about 700,000 inhabitants. The city has the characteristics of a metropolis while maintaining the friendly ambience of a town. Wide, tree-lined boulevards and buildings are well-maintained and the city is surprisingly clean as well as green thanks to the presence of several parks.

Hardly known on the tourist circuit, undeservedly so and worth a visit, are several lovely churches:

Read more: 10 Under-the-radar Spots in Western Brazil to Check Out

3a – São Luís, Known as the City of Tiles

São Luís has by far the best-preserved (colonial) downtown of all Brazilian major cities. The city apparently has the largest concentration of buildings with azulejos outside Lisbon. It’s fantastic!

Salvador da Bahia arguably is among Brazil’s most visited cities, and we understand why. It’s beautiful, rich in history and culture, and colorful in architecture. It’s the place to eat a delicious acarajé.

We strolled downtown São Paulo but didn’t find it that exciting. More of interest are a couple of parks, the beautiful MASP (art) museum and this was our surprise: a soccer museum, which even I – a non-soccer person – enjoyed.

Rio de Janeiro we visited twice where we did the typical tourist sites but the city holds warm memories thanks to the Cariocas we met through Couchsurfing. I wrote about our outings to the Maracana Stadium here and our hike to the Sugar Loaf here.

What measures are part of your travels to cities with safety issues? What has been your favorite city in Brazil, and why? 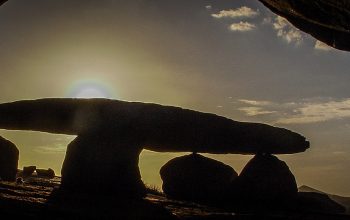 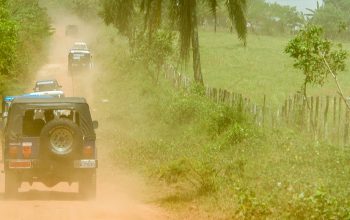 4 thoughts on “Why & How to Visit Major, Beautiful Cities in Brazil Safely”