Okay, so let’s give a bit of an impression of our stay in Venezuela. As you may or may not know, the country is in trouble. A google search will tell you all about it, but let me focus on the two issues that directly influenced our journey here: money and safety.

Inflation is going through the roof. This, for us, is good news as we get more for our dollar every day. Note that it’s illegal to carry US dollars in this country. To avoid trouble, best swap your money at the border. During our six-week stay this spring we had a hard time spending the equivalent of 300 US dollars. While there is still a price for fuel it is so low that in reality you get it for free. Crazy, huh?

The second issue is more troublesome for us: safety. The economic troubles such as inflation and unemployment cause people to steal and officials to corrupt. The stories of robberies are manifold.

This means we’ve taken much more care about where we spent the night than usual. We have not felt safe rough camping other than in the Gran Sabana, the southeast.

We ended up staying at police stations, fire stations and even took a couple of hotels (also because it was bloody hot and humid, and it doesn’t cost a dime). Thus far we’ve not had problems with corrupt officials, even though we’ve had dozens of checkpoints.

On the positive side: We knew about these two issues before coming to Venezuela. What we didn’t realize was the extent of hospitality and friendliness the Venezuelan people. It that respect we felt as if we were in Brazil.

Let’s give you an idea of our first couple of weeks that we spent in Los Llanos (south).

The arrival on Venezuelan side of the Meta River was not a matter of course (the red-tape took 12 days). We wrote about it extensively in this blog post. From the border we drove 100 kms south to Puerto Ayachucho where we had to get our passports stamped. We changed money and drove farther south where indigenous people let us camp in their village and pointed us out to the Piedra Pintada – a rock wall filled with incredible, huge, rock paintings.

Truth be said, being welcomed in staying in indigenous villages hasn’t been a matter of course during our South America journey so this was a pleasant surprise to start our exploration of Venezuela, to say the least.

Coen had been in contact with Ramon for a while. The Venezuelan lives in Miami but his father in law runs a Toyota workshop in San Fernando de Apure and he insisted we’d stop by for a check-up of the Land Cruiser.

And so we did. We were welcomed with open arms. Our friend in Miami paid for all the oil changes. The sales manager, Carlos, found a fantastic place for us to camp, at a friend’s place at a farm just outside town. Since it was Friday and we wanted to return to the workshop on Monday we stayed the weekend.

Carlos, his family, friends of friends – somewhere we lost the connection – visited us on Saturday and Sunday, bringing big bags with groceries for us – all vegetables after they learned we were plant-based eaters.

On Sunday they put in a huge effort to cook a meal for all of us and there was a lot of debate among them what to serve non-meat eaters. The love and care they emanated in finding something we’d eat and enjoy was beautiful to see and heart-warming. Our new friends suggested us to drive west straight through Los Llanos – the plains (of which we had seen quite a bit in Colombia, read about it here) and to try visit a hato, as an estancia is called here.

We did and ended up at the Hato Marisela, which I wrote about on Notes on Slow Travel (read it here).

The next morning the hato’s guard asked for a ride to the adjacent Hato El Cedral. We gave him a lift. In return we got an otherwise impossible entry to this hato that only accepts visitors on reservations. It was another stunning drive through a reserve abound with capybaras and waterfowl. At the hatos we learned that in Elorza – Chavez’ town of birth – there would be a multiple-day festival. It would mean a short detour but we were in no rush and so we checked it out. It was absolutely crazy. All these cars driving around with text written on the windows that they were going to this festival (and especially noted if they were single), many dressed up cowboy style, all happy and celebrating, lots of beer and roasts.

“No problem parking here. Elorza is safe.”
“Here, have a beer!”
“Where you’re from. Can I take a photo of your car?”

We felt welcome. Truth be said, the quantities of beer and spirits were a bit too much to our liking so we didn’t go out that night to check out the concerts (too many drunk drivers). We camped outside the city, where a famous singer owns a farm and invites all campers to stay at his premises during this weekend.

So, after a day, we left the partying crowd for what they were and set out for our next destination: the Andes. 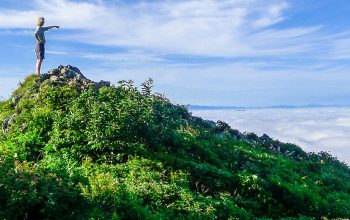 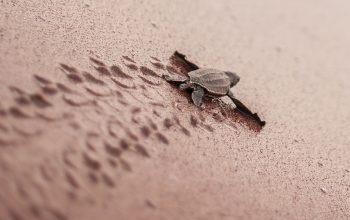