Our three-month road trip through the Seven-sister states of India started in Assam. After our journey through Meghalaya, we entered Tripura. Throughout our Tripura tour we were amazed by the state’s rich historic and religious culture.

The road surface is smooth, the driving easy, little traffic. But, always be alert! Not just for potholes but also for vehicles from a side road suddenly turning onto the main road without any care for fellow road users.

Whereas in cities everybody is driving at a snail’s pace, on the provincial road this happens at full speed. It’s quite a change after the more peaceful Meghalayan roads (well, for the most part).

Road signs in India are always a joy to read, forever warning drivers to be careful which is heeded by few (the crazy driving hasn’t changed over the past 20 years):

A triangle sign board warns for accidents with a drawing of a truck and passenger car crashing into each other.

Texts on rickshaws send their own signals. They are in local language but also in English:

Check it out: the Landcruising Adventure Throw Pillow Collection

We spot many Kali goddesses under trees. They are made of mud and straw and as this combination doesn’t withstand the elements forever, in time they disintegrate – a nice symbol for the transience of our existence, I feel. Someone will simply buy a new one and puts it next to the one that is falling apart.

In Udaipur are a number of ancient Hindu temples, reminiscent of ones we saw in Bangladesh even though these are less decorative. Some are beautifully maintained, one is left to wither away with weeds poking through the walls and ceiling, which has its own charm.

On the other side of the road stands a ruin but this one is fenced off. As I walk back to the bike I notice that the gate is being opened because a school bus with schoolgirls has arrived.

I’m going to check it out alone. Coen stays with the motorcycle, still feeling drained from a food poisoning.

“Ten rupees,” the young man says, leafing back and forth through a receipt book. Is he looking for a pen? In the meantime I am searching for ten rupees. I don’t have a ten-rupee note, only fifty.

“Do you have change for this?”

He shakes his head. No surprise, I’m the first visitor today.

I show him the ones I have, but it’s not enough.

I’m a bit annoyed by how long it takes just to have a peek at a ruin.

“Oh never mind,” I say, turning around and about to return to the motorcycle when he calls me back.

How nice is that? And so I have a peek at an rajbari (a mansion from British times), of which only remains a few but decorative walls.

An old Mosque, or Royal Place?

Back at the bridge where we’ll take a turn to our next site, I search for the ruins of the Samsher Ganzhi Masjid. I stroll down a sandy path, pass ponds with coconut trees and other tropical greenery. Freshly-harvested rubber sheets are drying from lines on flat roofs.

Google tells me I have walked too far and I turn around. Back at the main road, where Coen is waiting, I hear noise. A group of people, accompanied by music, has walked to a shrine where they are now offering to their god or goddess. Small lights from a wick in oil in mini earthen vessels add to the scenery.

I ask a passer-by about the masjid. A beautiful woman in a simple sari beckons me.

“Come there it is,” she points.

And yes, hidden between thick vegetation are the remains of an old structure. I am allowed to walk down a small settlement to enter it. I love it, it’s beautifully built of brick, held together with roots of massive trees. The three domes have collapsed.

Another woman joins us. She speaks English thanks to an English-medium school education (in Tripura we come across few people who speak English). She doesn’t understand my enthusiasm for this dilapidated building. This is where the royal family lived, she explains with some pride in her voice, and no, it never was a mosque.

We say goodbye to the villagers and drive to our next destination for today.

From the Rudrasagar Lake rises a white-red palace, the Neermahal (‘Water Palace’). The site is magnificent and inviting. We aren’t the only ones to think so. There is a large parking lot and we park next to a coconut vendor, in exchange for two large coconuts he doesn’t mind keeping an eye on our bike and the helmets.

The boats need a minimum of twenty people to ply but there are enough of us. The lake is is getting clogged with water plants and boatmen are busy pushing them away so that the boat can reach the jetty. We get in, and with bamboo sticks more plant forests are pushed away so there is room for the boat to turn and motor away.

Pleasant breeze, the sounds of the engine in the far back of the boat, a few aquatic birds, an endless view of the peaceful scenery with the palace growing in size as we move closer to the island. We have all the time we want to explore the tiny island, which is not much bigger than the palace, and take a boat back whenever we want.

Zen and the Art of Motorcycle Maintenance – Robert Pirsig

Motorcycle Messengers – Tales from the Road by Writers who Ride

It’s an idyllic spot and a unique architecture (from the 1920s, built by the last Maharadja of Tripura) with lots of open spaces to wander, sit en enjoy the view.

‘The palace is the largest of its kind in India and the only one in Eastern India. It is so huge, it cannot be fit into a single picture frame on the standard camera until you are at a distance of approximately 800 meters from the entrance. There are only two water palaces in India, the other one being the Jal Mahal in Rajasthan. However, the latter is significantly smaller in size than Neermahal.

The western side of the palace is known as Andar Mahal. It was made for the royal family. The eastern side is an open-air theater where drama, theatre, dance and other cultural events were organized for the enjoyment of Maharajas and their royal families. The palace has 24 rooms in total.’ From: Wikipedia

I love the explanatory panels in various rooms:

– Bedroom: ‘On being feeling exhausted, the king resorted to repose in the ‘Bed Room’ just adjacent to ‘Dancing Hall.’

– Dance Room ‘On special occasions musical soirees reveled the King from the boredom of hectic life.’

– Spare Room: ‘The king never entertained any errors and omissions, when it came to the questions of hospitality of the guests and other related issues. Hence, his instructions were followed in letter and spirit.’

Back on the mainland we can’t be bothered to search for a homestay and splurge at the adjacent Lake Polo Resort, formerly the Sagar Mahal Tourist Lodge, or so we think. The bed is luxurious, with not just a clean sheet on the mattress, but one to lie under as well – the latter isn’t provided in the budget hotels we stay in (and I’m grateful to have brought liners).

The soap and shampoo bottles are empty, there is no toilet paper, the electric kettle is falling apart, two out of five sockets work, once we get another electric kettle the cord is too short, and they wake us at six for breakfast even though we were going to get it served at eight.

One lesson learned: stick to homestays or government guesthouses, which generally are good value for money.

The Royal Enfield across Northeast India

Check it out: the Landcruising Adventure Long-sleeve Baby One-piece Collection 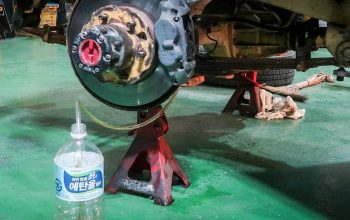 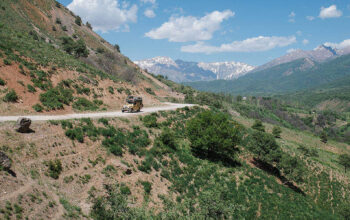