Two Days short of our 10th anniversary on the road we say goodbye to Bolivia, ready for yet a new overland road trip as well as a new country on our South America Route: Peru. To get there we drive from La Paz to Copacabana on Lake Titicaca, which is the border crossing with Peru.

It is tempting to stay longer in La Paz, though.

The atmosphere at Hotel Oberland is fantastic in the company of Luis and Lacey of Lost World Expedition (at last, we’ve been trying to meet each other for the past 3 years or so), the happy Brazilians Isabela and Rafael, a German couple in an Iveco bus, Joop and Adri from the Netherlands and a couple of others.

The reunion was reminiscent of the easy mixing, connecting and sharing we enjoyed in Salta so much, which was in 2007 and seems ages ago and previous stays here at Hotel Oberland.

But as the Bolivian government decides that 90 days is enough for foreigners to stay in the country and today is our 90th day, we say goodbye and are on our way.

A quick stop at the supermarket to spend our last bolivianos is followed by a time-consuming and nerve-wracking transit through La Paz which is totally clogged due to protests on El Prado, the main boulevard that cuts through the center of the city. It is midday by the time we struggle through the busy and uninspiring streets of El Alto and nameless suburbs

It is midday by the time we struggle through the busy and uninspiring streets of El Alto and nameless suburbs beyond until finally, we hit the countryside.

The Overland Road Trip from La Paz to Copacabana

Agricultural fields stretch towards the horizon, bare and starting to turn yellow: the rains have ended and the dry season has started. Few houses, even fewer people and a couple of street dogs. Whereas everybody was busy harvesting potatoes when we passed here almost 3 years ago, this time the barley or oats have been harvested and are drying in the sun.

The road trip to Copacabana is scenic. It feels as if we’re driving on the Peloponnesus, in Greece. Dry hills covered with yellow tufts of grass alternate with sudden views of the turquoise waters of Lake Titicaca, which might as well be the Aegean Sea. After a

After a curve, the snow-capped peaks of the Andes Mountains loom into view and we conclude we’re in Bolivia after all.

We drove this stretch 3 years ago when going for a quick run to this pilgrimage site on Lake Titicaca to get our Land Cruiser blessed, which we felt at the time was an absolute necessity after the in many ways disastrous overhaul job in La Paz.

No doubt thanks to this blessing the Land Cruiser has survived, despite numerous maintenance jobs, 3 fantastic years of exploring Brazil and the Guianas.

It feels good to be back on the road, which today is thankfully free of blockades that brought Bolivia to a complete still stand for weeks on end not too long ago. There have been many blockades throughout the country and for various reasons.

To reach Copacabana you have to take a ferry. Three years ago I wondered whether the ambitious plans of a building a bridge there was such a good idea: the ferries, which are simple wooden boats with a small outboard motor run by locals who have united in some sort of cooperative, give lots of jobs to San Pablo’s villagers. I wondered what jobs would be left after a bridge would have been built. The locals apparently thought the same and thus organized a blockade. They could keep the ferries.

I wondered what jobs would be left after a bridge would have been built. The locals apparently thought the same and organized a blockade.

They won and the ferries stayed. Two months ago there was another blockade. Why? This time the locals are demanding a bridge! Seriously, this country not only frequently comes close to anarchy but the reasons why are beyond anybody’s sense of logic. This time the locals lost, I think, as there is no more talk of a bridge and so we enjoy another pleasant crossing over the Tiquina Street on a boat.

I Can I Will, Women Overlanding the World

Seriously, this country not only frequently comes close to anarchy. This time the locals lost, I think, as there is no more talk of a bridge and so we enjoy another pleasant ferry crossing across the Tiquina Street.

The sun glitters in the water, gulls swoop low over the lake. The ferry is pushed to deeper water with a long pole and subsequently taken to the other side of the waterway. It feels great to be on the water for a moment, to get a breath of fresh air and to inhale the strong energy of this place.

On the peninsula of Copacabana, another 30 kilometers of meandering roads with frequent views of Lake Titicaca and the imposing Illimani Mountain in the background take us to Copacabana. As we descend the hills, the lake calls out to us.

The descent stops at 3810 meters; at this altitude Lake Titicaca is considered one of the world’s highest navigable lakes.

Since neither of us ever suffers from altitude sickness we find it hard to believe that we are at this altitude. Lake Titicaca stretches away towards the horizon and it’s just as if we are along an ocean shore at sea level.

The Pilgrimage Site of Copacabana

Copacabana has been a pilgrimage site for ages. According to the most popular story, Francisco Tito Yupanqui, a direct descendant of the Inca emperor, had a vision of Maria above Lake Titicaca in 1580. He decided to sculpture a statue of the Virgin in her honor; however, the end product showed such crude workmanship that it was rejected and removed.

Francisco Tito Yupanqui didn’t give up. He moved to Potosí to become a proper sculptor and in 1583 returned with a wooden Virgin Morena del Lago (The Dark Virgin of the Lake). She was given pride of place on the altar in the Copacabana cathedral and has never left since – during processions a replica is carried around.

Soon after the Virgin of Candelaria was placed inside the cathedral miracles started to occur, among which many healings, and Copacabana turned into a place of pilgrimage. According to the story the Virgin saved the lives of some Brazilian sailors who had become lost during a storm on Lake Titicaca. To honor her the sailors subsequently named their home beach after her, hence Rio de Janeiro’s Copacabana beach.

One highlight of Copacabana is the Cathedral. The white plastered, Moorish-style cathedral on Plaza 2 de Febrero was constructed in 1640. The building is unique in its kind thanks to a delightful blend of mudéjar domes, colorful azuleros (Portuguese-style ceramic tiles) and baroque-mestizo art.

Baroque-mestizo refers to the baroque-styled art of the Spanish combined with the local forms of art found in the highlands of Peru and Bolivia. The baroque-mestizo elements are clearly visible in the large, gold-glittering retable made of wood and plaster covered with a layer of gold, as well as in the fantastic wooden door panels depicting Ypanqui’s dream of the Virgin above Lake Titicaca.

The latter supposedly led to the construction of this church, which was subsequently granted the status of basilica.

We zigzag through the narrow streets lined with the typical, boring Bolivian houses constructed of red brick. Often they are unfinished – in order to avoid paying taxes – which gives the town an untidy feel. The road continues into the tourist area. Here life is dictated by shopping for souvenirs, sitting in an outdoor café, organizing a tour or exchanging books.

Trout is one of the five most common types of fish in Lake Titicaca, which at one point was imported from North America. The second imported variety is pejerrey, brought from Argentina. It was planted in Lago Poopó, a lake situated south from here; however, it swam north to Lake Titicaca and now threatens the populations of indigenous fish because it’s such a large predator.

Trout is the big hit of Copacabana. Wherever we walk we are invited to restaurants and roadside restaurants to indulge in this local specialty. Trucha a la limon, a la romana (in egg-batter), a la vapor (steamed), a la mantequilla (in butter) are some of the varieties available. A perfect place to spend our last Bolivianos after which we drive the last 9 kilometers to the border.

It is time for a new country on our journey, a spectacular overland road trip around Lake Titicaca in Peru, and on to Cusco and Machu Picchu. Stay tuned for more! 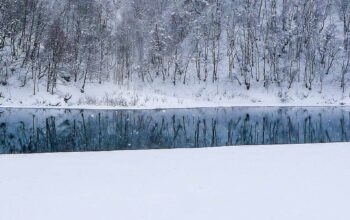