The salt flats of Uyuni are Bolivia’s most important (plus the world’s largest) salt deposit. The 90-kilometer-long, 130-kilometer-wide Salar de Uyuni lies in the southwestern corner of the country. It not only is a mind-blowing landscape, but the salt plains offer fantastic rough-camp opportunities a well.

We visit the salt flats twice on our 9-year-long overland journey in South America and would love to return once more. Rough Camping at Salar de Uyuni is an adventure, albeit not without risk.

Here are tips and ideas to make the best of your trip.

Read More: The Rains Have Started – How Long Will the 1000-km Trip Take Stocking Up and Camping Gear

Let’s start with some of the basic stuff you should bring on for your overnight stay at the Salar.

Driving on Salar de Uyuni in the Dry Season vs. Wet Season

During the dry season (Apr-Nov) it is easy to follow existing tracks on the salt flats. Most of them are from organized tour groups that drive straight to the most popular island, Isla Incahuasi, the salt flats for a break and photo opportunities.

During the rainy season (Dec-March) there may be a layer of water on the salt, which hide ojos de salar (lit: ‘salt eyes’, i.e. deep water holes) making them invisible.

Driving on the salt is horrendous for your overland rig to begin with and driving in the wet season even worse; getting stuck in one of those holes is definitely something you want to avoid.

On the other hand, a photo of your overland rig on the wet salt flats with its amazing reflections is a good reason to go out there in the wet season anyway. We did exactly did, however, also Bolivia suffers from climate change – the year we were there late January and early February, the salt flats had had not any rain. Not one drop!

Read More: The End of the Line – The Train Cemetery of Uyuni In the center of the salt flats you can more or less drive anywhere, just pay attention to irregularities that may indicate those ojos de salar.

Generally speaking, there are two weak areas on Uyuni’s salt flats: around the outer edges of salt flats, the crust may be weak, so don’t just enter and exit the Salar anywhere but follow the well-trodden entrance and exit tracks.

The area right around the islands may be weak as well, and the same rule applies: don’t just enter an island at any point but follow the tracks to be sure to enter in a safe spot.

Here is more about Driving on Salar de Uyuni.

In Uyuni you can take your overland rig to a taller mechanica (workshop, of which there are many) to properly prepare it against the salt. The undercarriage and engine will be sprayed with a mixture of diesel and oil, which will prevent salt from sticking.

There are also a lot of car wash points where they can thoroughly wash your vehicle afterward. Among our favorite camp spots on Salar de Uyuni are:

It sounds adventurous or romantic to pitch a tent in the middle of the Salar de Uyuni. However, note that there may be traffic at night (local bus and tours). Incredible as it may sound, drivers do not always use the car’s headlights at night.

Worse: drivers may be drunk, on drugs, or may not have slept for days. Fatal accidents have happened on the Salar! Of course, you can ensure that your campsite is well lit, but we preferred staying off the salt itself for the night. Another campsite is Isla Incahuasi, the island most visited by tour groups. It is a beautiful island with facilities such as a restaurant and bathroom. There will probably be a small charge to camp there.

You can also check out iOverlander, but here are a couple of our GPS Waypoints for Salar de Uyuni and the Lagunas Coloradas, south of the salt flats:

Would you like to keep Landcruising Adventure going, please join the wonderful crowd that supports us on Patreon.

As little as $1 helps. Thanks! 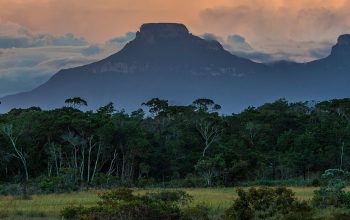