The Ultimate Road Trip in Venezuela

After we stocked up on groceries we left Santa Elena, the border town in Venezuela coming from Brazil, and drove west to Pauji, ready for what would become one of our favorite road trips in Venezuela.

The trip took a leisurely 2.5 hours, starting on asphalt. The road deteriorated with potholes until it became laterite altogether. Stretches were severely eroded that no doubt will be horrendous to drive during heavy rain when you don’t see ruts and holes. The Road Trip from Santa Elena to El Cathedral

The laterite road meandered through grass fields and forests. No cows to be seen though. Some remnants of fences still punctuated the vegetation. We traversed indigenous villages, some consisting of stone houses, others of wooden huts.

Laundry colored the surroundings and locals, I assume Pemón indigenous people, waved in a friendly, open way. It was just one of those perfect days to be on the road.

Before Pauji we stopped and camped at the campsite of El Cathedral. It is a gorgeous spot even though it is located right along the road. But the area is pretty much void of traffic except for a couple of 4WD cars with tourists passing by.

We met Irit, an adventurous woman our age who has lived here with her husband for more than twenty years, building the place (campsite and cabins) from scratch.

Economics was booming at the time, but all that is gone now. A couple of years ago they ran this place with their three adult kids and four workers. Now the kids have left for Santa Elena because the campsite does not generate enough money anymore for all of them, and they have only one worker left. This is just one of the many sad stories we hear all over the place in Venezuela. Stories about people who have gotten stuck because they have invested all their money in property in Venezuela, which in the current crisis doesn’t get sold.

From our shaded campsite spot we looked out over undulating fields. It was a place to do laundry, laze in the hammock, enjoy yoga, and Coen went for a 17-km run. We were camping at about 800 meters so the temps cooled down pleasantly at night.

Some Cleaning up To Do

When we were about to leave, Coen wanted to put something in the green box on top of the roof. Something had happened: everything was swimming in water. Had the lid not been properly closed? And why did the Sikaflex that waterproofed the bolts with which the box is attached to the roof rack all come loose after so many years of faithful duty?

As we unpacked we realized one thing quickly: we keep a lot of stuff in there so apart from trying to get everything dry in between rainstorms we sorted it out and left some of it behind. From here it was another hour or so to Pauji, a hippie-kind of place where Venezuelans, as well as foreigners, live. Lots of artesania (handicrafts) for sale here. The people in this village mostly live on tourism, which reflects in prices for a simple almuerzo – lunch.

The distance between El Cathedral and Pauji isn’t that big, but the road is in much worse condition than the stretch between Santa Elena and El Cathedral, and so we covered it at snail’s pace, minimizing being mauled to pieces. In the dry season you don’t necessarily need 4×4 but high-clearance is a must. The route with fabulous views was wonderful to drive. We love exploring these kinds of the back of beyond areas.

In Pauji we found the campsite of El Abismo, run by Andrés, his wife Camilla from Uruguay and his parents. Officially the campsite was closed but we could stay there nevertheless.
Andres didn’t want money for it.

“I didn’t mow the lawn or clean the place,” he said.

We had the company of cows and pigs that grazed the fields and two beautiful labrador dogs.

Read More: Where the Road Ends 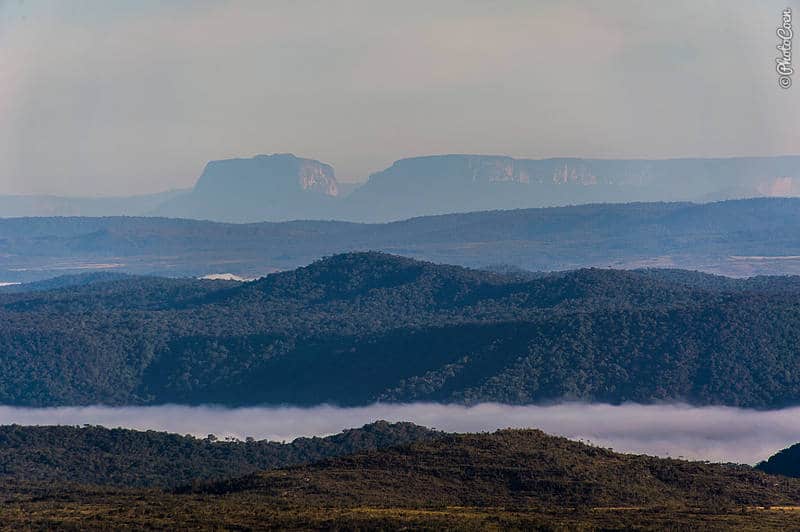 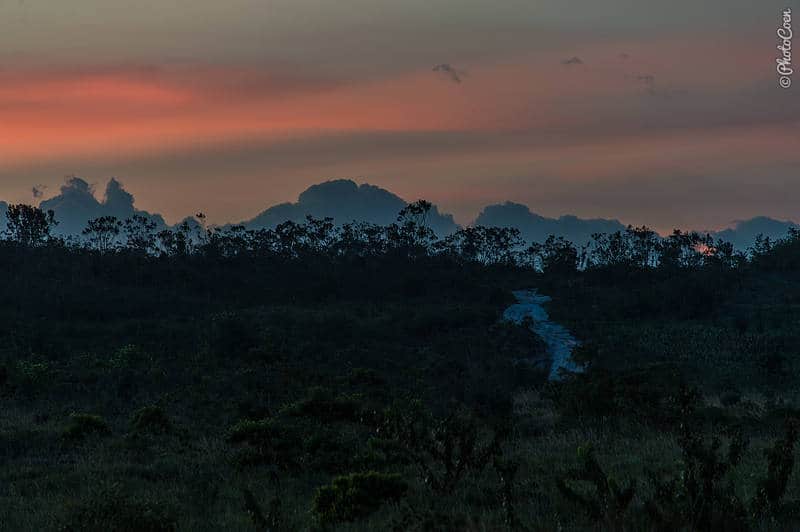 Many people had spoken to us about El Abismo. “You have to go there!” Although we had quite a few rainstorms during our days at El Cathedral, the weather now totally cleared. We camped under one of the darkest skies dotted with sparkling stars and the most beautiful Milky Way we have ever seen.

I wondered about galaxies, how a universe can be never-ending (or can it be?), and was simply awed by the magnitude of it.

The Best Sunrise, Ever

We got up at 4 am. The sky had remained clear cloudless. Lucky us! We got dressed quickly, put breakfast in a daypack and started our 45-minute climb up the hill. The path was badly eroded and included a fair section of crawling up.

The world was silent, the air cool, and it was only the two of us here, quietly making our way up. I reveled in the pure joy of being here. Boy, how privileged can you feel by just being somewhere, in nature, with the person you love… On our arrival at the top dawn had started with tiny lines of purple, red and orange on the left of us. We took in the changing of colors while drinking a hot cup of tea and nibbling on some crackers.

In front of us stretched an ocean of hills covered in ancient forest. Farther in the distance were valleys. Initially I thought I was looking at lakes. I wasn’t. These were forests covered by fog. Sheer magic!

We hiked farther up, to other tops, following marked trails through forest, caves, and walked a long stretch through the savanna. From here we had wider views of valleys covered in mist, which were among the most energizing views I have enjoyed throughout South America’s Amazon region. 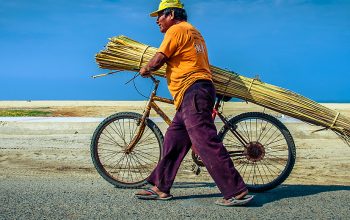 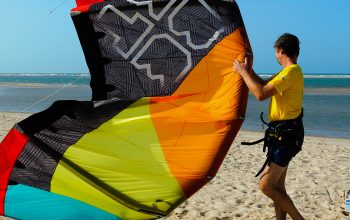 3 thoughts on “The Ultimate Road Trip in Venezuela”