Far out on the plains in southwestern Bolivia lies an odd tourist attraction, the train cemetery of Uyuni. It is open, accessible, and free and as such a fantastic place to roam around for an afternoon or so after you’ve returned from a trip to Salar de Uyuni.

Sponsored by the British in the 19th century, a railway was constructed between the port of Antofagasta (currently in Chile, on the Pacific Coast) and Uyuni. The town of Uyuni was a transportation junction for trains carrying minerals, among which silver from the Huanchaca mines, from the interior to the port on the Pacific Ocean from where the minerals were exported. Until 1879 Bolivia bordered on the Pacific Ocean but the Pacific War with Chile resulted in Bolivia becoming a landlocked country. Exporting minerals became a problem, the mining industry collapsed, and there were technical problems in maintaining the railroad.

As a result of all this the ambitious project of transforming Uyuni into a prosperous transportation hub fell to pieces. Trains were abandoned and fell into disrepair. The Train Cemetery of Uyuni

Despite all intentions of turning this place into a museum of some sort, the steam engines and wagons are still rusting away without anybody caring for the decaying trains except for travelers who are attracted to this wasteland.

The train cemetery of Uyuni was never fenced in and never had guards. Instead the trains have served as a free source of metal for many and as a surface for graffiti. Steel skeletons lie rusting away in an arid landscape dominated by silence. Heavy rivets and antique-spoked train wheels lie about and there are ailing, early-20th-century steam engines with their water tank missing.

The corrosive effect of the salty winds from the nearby salt flats has had its effects. Together with the unforgiving sun and thick dust devils, the trains never stood a chance against the elements. 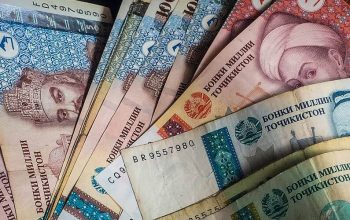