The Toyoteiros of Salvador da Bahia – Joining a Charity Rally

A loud bang was followed by a series of clangs.

Three scenarios flashed through my mind:

Coen immediately pulled into the hard shoulder and jumped out of the Land Cruiser. Cars and trucks thundered by. The Bandeirante of our hosts Beth and Helton, the chairman of the Toyoteiros and his wife that drove in front of us, was quickly out of sight, lost in a labyrinth of flyovers.

Coen opened the bonnet. The noise was deafening and Coen’s worry turned into panic.

Car trouble never comes at a convenient time. We were on our way to a charity rally, to which Salvador da Bahia’s Toyota Club had invited us. Meeting the Toyoteiros for a Charity Rally

“Let’s try to keep going until the next petrol station, where all rally members will meet,” Coen decided after having concluded that he wouldn’t be able to solve the problem. Ten kilometers, however, were a long way to go with such ear-damaging noise and the tension was palpable.

Twenty Bandeirantes – as the Brazilian Toyota is called – stood waiting in the parking lot from where all Toyoteiros would drive together to the charity rally.

That was an advantage. Five ‘experts’ immediately gathered around the engine and, fortunately, one among them was a mechanic. For some mysterious reason two glow plugs had blown up. It meant the end of our Land Cruiser’s participation in this rally.

One hour later, a string of fifty Bandeirantes, Hiluxes, Trollers (another type of Brazilian car) and a lonesome LandRover, whose owner Lodezo was so kind to let us join him for the day) drove to a village in the interior: Maracangalha. All Toyoteiro participants wore T-shirts with Trilha do Besouro da Maracangalha printed on them as well as the names of the sponsors of the rally.

There are no limits to the vanity of Brazilian women: a bunch of them had altered their shirts to get a more elegant, or tight, fit. Round necks were now V-necks or elastic had been sown along the end of the short sleeves to create puffed sleeves. Others (tried to) look sexier by having cut out the neck and shoulders so the now low-necked shirt ‘elegantly’ fell down the shoulder onto the arm. From Wealth to Poverty

It was a day of off-roading and special activities in and around Maracangalha. Until fifteen years ago a sugar factory had provided complete employment for this village. The inhabitants lived in small houses that were constructed and owned by the factory. There was a school, a medical post, a theatre, a cinema – the works. Then the countrywide sugar crisis hit Maracangalha. The factory closed down, and with its closure all facilities disappeared.

The village sank into poverty. Today it was a place with a sense of nostalgia, where the elderly looked back on the good old days but where the young no longer stayed; they left for the city. Men and women who still did have work often had to travel long and far to reach it. The unemployed lay in their hammocks on the verandas, watching the day go by. Trilha do Besouro is the name of an off-road trail in the vicinity of the village. The name is related to one of the local heroes. As it goes, also this legend has its variations. One version tells that Besouro was a black man, although no longer a slave, and that he was a good Capoeirista. He was a Bahian Robin Hood, who fought for the well-being of the poor.

It was said that he could not be killed, that he had some kind of spiritual protection and that it was impossible to pierce his body with a weapon. And so his enemies contracted vampires, who know the secrets of protecting a body and are thus able to lift that protection. With the aid of these vampires Besouro was killed at last during a bar fight in Maracangalha, and only the legend lives on.

Read More: 4 Places in Northeast Brazil You Have Never Heard of Are the Toyoteiros Playing Santa Claus?

The charity aspect of such a rally – which are not uncommon in Brazil – is a bit like playing Santa Claus. Books were handed out to the local library and school, bicycles were presented to the best students, and there was a lottery of all kinds of gadgets, food and household goods that the organization had obtained through their sponsors.

There was a medical post set up for the day to test inhabitants for diabetes and check their blood pressure. Meanwhile there was a lunch buffet consisting of an amalgam of typically Bahian dishes and entertainment of a samba group.

Truth be told, we are not much in favor of these kinds of Santa Claus activities and look at them with a bit of a weary eye. All good intentions aside, is this really helping anyone, or is it a way of creating dependence?

However, there are always two sides of the coin with these types of activities. And, as is often the case, it is easy to judge quickly and harshly. However, it takes time to understand a culture and the motives behind actions such as those of today, and during the afternoon we got a better understanding of what was going on as we talked about it with various Toyoteiros.

A nurse of the medical post walked up to our host Helton, who was the chairman of the Toyota Club and the initiator of this charity rally. She reported that forty percent of the inhabitants who had been tested had a blood pressure that was too high, and ten percent had diabetes. I asked Helton what was going to be done with these results.

“The importance of a rally such as this one is the publicity a village gets. I worked very hard to get a representative of the federal government here today, as well as journalists, and they all came. They will take note of the situation in this village. In Brazil many things are realized by knowing the right person on the right level of hierarchy (power). Today’s charity rally and the ensuing publicity receives, together with these alarming results, will now hopefully initiate a process that will provide these villagers with medical assistance and education on healthy food,” Helton explained.

You could argue, of course, that this should be done on a much larger scale, and that these are simply basic government responsibilities. But Brazil is huge and struggling with many problems. The country is growing fast and developing rapidly, but the polarization between rich and poor is enormous. It was beautiful to see how these Toyoteiros, generally well-to-do middle class, were involved and felt committed to do something for the less fortunate in their country. It’s easy to say, “the government” should do it”, but for now at least the village of Maracangalha might be a bit better off due to this effort.

No spam, rare enough so as not to annoy, its’ fee, and easy to unsubscribe from. 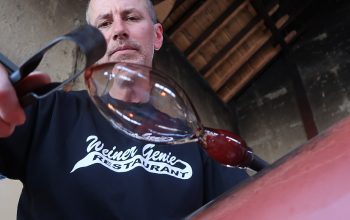 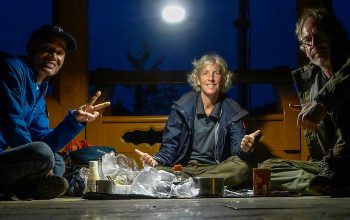