Our stay at Campsite Quinta Lala in Cusco is one we will remember. Surrounded by some 10-15 vehicles with overland travelers we are among kindred spirits.

We may have different nationalities and unique vehicles but we are all journeying up or down or around the Pan-American Highway. We exchange stories, give tips, share laughter. Part of that happens around bonfires, which during the last two weeks have become almost a nightly ritual.

On one of these nights Thomas asked me what were among the favorite things/gadgets we had brought on our journey. That got me thinking and the next day – during a grandiose barbecue – I decided to put that question to everybody.

I can’t guarantee that it will help future overlanders much in putting up their packing list together considering the contradictions we have, but who knows.

These are the answers I got:

Kimberley & Andy, fanatic surfers from Switzerland who are driving from Chile northbound.

Wolfgang & Hille from Germany, with an impressive history of traveling, especially in Africa and South America.

Hendrik, a Belgian on his second long-term trip, driving south from the USA in a self-made Mercedes G-wagon (he built the camper unit himself, which is entirely from fiber)

Bruno & Valerie are from San Martin (French-speaking island in the Caribbean).

They both had a hard time coming up with answers. They seem to have figured out exactly what works for them.

Adam & Emily, Americans driving south with their 2-year-old daughter Colette in a Westfalia

Matthew & Pascale are from Canada (Quebec) and had come south with their two sons Christopher (12) and Philippe (9).

Additional idea: Bring a proper stick of Pritt glue and you can fix anything, even a LandCruiser

As Thomas had been working on his own list for a while, he came up with lots of things, among which:

Coen and I came up with the following:

Read More: Bake Your Own Bread! Are You Nuts? – Our Coleman Camp Oven (+ Bread Recipe)

Meanwhile, the party went on!

Read More: Mark & Sue share their best and stupidest thing in their interview about overlanding to Japan for the Rugby World Cup

A next question I posted, on another occassion, was about the specific needs of women for their overland rig.

Do their wishes differ much from men?

What’s the stupidest (and best) thing you brought on your journey? Be honest and share in the comment section below so we can all have a laugh!

Check out: Our iPhone Cases & Skins in the Landcruising Adventure Shop 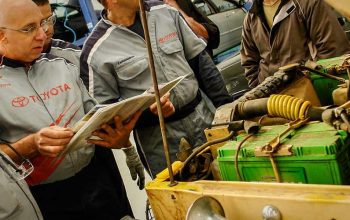 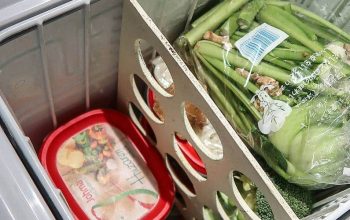