With the air crisp and the sky blue, city was beckoning us to go downtown and explore. We felt rested about a good night’s sleep at our hosts’ place, as I wrote about in our previous post about Vladivostok. Following Monika’s directions we walked down the road, followed cracked pavements, weaved around heaps of garbage to where the bus stood waiting, ready to visit the beautiful city of Vladivostok.

We took a day for extensive walking and exploring the historical sights and enjoying the views from the top of the hill.

Preparing our Visit to Vladivostok

The local bus cost next to nothing and took about an hour to drop us off at the meeting point of Vladivostok’s two important transportation hubs: the harbor terminal and the train station (the end station of the Trans-Siberian Railway).

Over coffee I read a fantastic guidebook of Primoya Province, of which Vladivostok is the capital. The book is not for sale, strangely enough, but circles around in the tourism industry. I have no clue why this is because this is a must-read for every visitor to this city and province.

Two important factors have contributed to Vladivostok’s current dynamic. The 2012 APEC summit gave reason to clean up the city and invest in some major infrastructure, among which the below-mentioned Golden Horn Bridge. The second was Putin’s decision in 2015 to make Vladivostok, as well as a large part of the province, a free zone.

Money has been coming in and construction is going on all over the place. It gives a vibrant feel to the city. While new buildings are being pulled out of the ground, they aren’t just bulldozing all that is old (well, relatively old as the city was founded less only some 150 years ago) and we saw a fair share of restorations going on.

With this book as our guide we set out for a walk through Vladivostok’s history for as much as this one day would allow us and see what the older part of “Window to the East”, as it likes to be called, was all about. Here’s what we liked about our visit to Vladivostok:

A wide, clean pedestrian area lines the waterfront, perfect for a stroll but also the place to immediately dive into Russia’s past.

Vladivostok is the home of Russia’s Pacific Fleet and on this embankment rises the Pacific Fleet Battle Flame Memorial, honoring the victims of the Great Patriotic War (the Russian term for the Second World War). On its left lies the C-56 Submarine. Dating from World War II, the green-white submarine is now a museum.

Explanatory panels are in Russian, unfortunately, we assume explaining its honorable history and such, but part of the submarine is intact where the confined area with narrow beds and the navigational instruments speak for themselves. Just behind this embankment is a park with the elegant Triumphal Arch, built in Russian-Byzantine style. It was built to commemorate the visit of Crown Prince Nikolas in 1891. The arch didn’t survive the Soviet onslaught and was demolished in the 1930s. It was reconstructed from photos in 2005.

Read More: How to Start an Off-road Adventure in Russia

You could call it Massive Square as well. On the intersection of Svelanskaya Street (more about that later) and Okeansky Avenue stretches a vast, open area that centers around another massiveness. Truly, there is no other word for the Memorial to the Fighters for the Soviet Power in the Far East. The bronze Red Army soldier stands with a banner and horn in his hand and symbolizes the revolutionary events of 1917.

Along the side is a small wooden building, a chapel and we think it’s a temporary measure until the adjacent Orthodox Church is rebuilt. During our walk we came across more small chapels with depictions of Jesus, Mary, and saints, and where people pray, lit a candle, and religious paraphernalia (it seems there is always a caretaker). Vladivostok’s main street is five kilometers long and was once called Amerikanskaya (until 1873, in honor of the steam-ship “America” from the Russian Imperial Fleet), and then was named Svetlanskaya (in honor of the frigate “Svetlana,” on which the Grand Duke Alexei Alexandrovich arrived in Vladivostok) with a short interval of being named after Lenin in 1924.

It’s a beautiful, wide and clean street with a fair share of impressive, old buildings. However, one of the details my eyes caught was the sculpture of this elegant woman.

I love sculptures and generally fall for those who represent women if for no other reason than that there are way too few of them in the world; most are dedicated to men. The woman was the American Eleanor Lord Pray who lived here early 20th century.

While elsewhere in Russia funiculars are for tourists’ purposes, Vladivostok’s funicular is part of the urban transportation system and costs only pennies to use. Its construction was on the initiative of Nikita Khrushchev who upon his return from the States announced plans to turn Vladivostok into a “Soviet San Francisco”.

The funicular takes you to the Orlinoye Gnezdo Hill (the city has some very steep hills) from where you have the best view of the Zolotoy Rog Bay Bridge. The 2.1-km long, cable-stayed bridge is clearly the pride of the city and I think it is – or will become – the symbol of the city. It’s one of the tallest bridges in the world. There was much more to visit in Vladivostok, among which as a beautiful statue honoring the first international championship of jujutsu in 1917 held in Vladivostok.

We loved the architecture of a brick Armenian church, which interior was under renovation.

The Tsesarevicha Embankment once were the city’s docks and has been transformed into an inviting promenade with wide spaces for kids to run amok, to skateboard, cycle and walk, and old warehouses still in the stage of being renovated and we assume being transformed into cafes and restaurants.

As I said, lots of things are happening in Vladivostok. You feel and see its changing, growing, opening like a beautiful lotus flower. One day, we will be back!

Our introduction to Russia has been fascinating, to say the least. In a city of which the locals say it isn’t really Russian but more a foreign-like city. Oh, and during our five-day stay we haven’t seen a drop of vodka. Locals seem to favor drinking tea. What other surprises does this country have in store for us?

From here Moscow is 9,288 kilometers away, or so I read. Russia is humongous! We already know our visas will never suffice to do it justice! In spring 2018 we will ferry from South Korea to Vladivostok and embark on yet another inspiring, adventurous journey.

Through your contribution or purchase in our shop you help us keeping this website online and sharing the wonderful vibes of overlanding.

How’s that for a Win-Win?

Check out our Support Page and see what contribution suits you best. There are free and paid options and all help to keep this website going.

Thanks, and enjoy the ride. 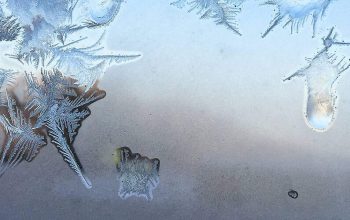 3 thoughts on “Sightseeing in Vladivostok”