What’s the Charm of Almaty? (Kazakhstan)

We were not sure what to think of Kazakhstan’s former capital. But then, we hadn’t seen much of it. We simply hadn’t had the time for some sightseeing in Almaty.

“A stunning location adds much to Almaty’s allure,” says my Bradt guidebook. “The peaks, rising above 4,000m and snow-capped for much of the year, offer a beautiful southern backdrop to the city.”

The guidebook, however, also mentions the problem of smog.

Smog, well, that’s something we’ve been more familiar with than alluring views. Our first visit to Almaty was in winter, with tires about to explode below our seats (read about the tires here). Snow had turned black from exhaust fumes and smog made it impossible to see any mountain top. This year, in summer, our visits to Almaty have partly been on rainy days, when traffic gets worse than it already is, and sheets of rain and smog block any view, let alone an attractive one.

Friend in the Smog City

What Almaty has given us, is friends. Kind hands have reached out during every visit. Eduardo, who kindly opened his family home to us, took us iceskating and looked after the Land Cruiser in a parking lot after it stayed there a year longer than planned due to covid (here’s what we did).

Or Dimitri from the ARB head office, who made sure that the brand-new suspension set was properly installed last year. Vadim has gone through great lengths to solve a power-steering issue and a seemingly unsolvable issue with the regulator.

Check it out: the Landcruising Adventure Laptop Sleeve Collection

As we were about to exit the city, I concluded that we had met people, stood in traffic jams, and had seen our share of garages, but other than that?

“Maybe the city is giving us a chance today, it’s dry and sunny for a change. Shall we drive downtown and check it out?” I suggested to Coen.

And so we did.

As we drove downtown, for once we were not caught in a traffic jam. The sky blue, the sun sending rays through the open car window and, lo and behold, we could admire the stunning mountain tops of the Tian Shan Mountains in the south! And yes, that is a sight to behold.

We parked the Land Cruiser, where it took some time to figure out we didn’t have to pay as it was Saturday. Strolling through almost empty streets, we passed a vendor selling fruits and I made a mental note to stop and stock up when on our way back to the Land Cruiser. This country is a fruit paradise offering, in particular, lots of melons and types of berries.

Sightseeing Almaty #1 – Panfilov Park & the Cathedral of the Holy Ascension

Panfilov is a large park, its shade welcome in the growing temperatures. In its center rises the Cathedral of the Holy Ascension, its yellow walls decorated with an amalgam of bright stripes and figures, like a candy palace from a fairy tale.

The inside is more typical of Russian Orthodox churches, with all walls covered in murals depicting bible stories, and pictures of icons. There’s generally a lot to see and study, and here’s no different.

Sightseeing Almaty #2 – the War Memorial, with a Graduation Party as a Bonus.

On the east side of Panfilov Park rises a massive WW II memorial, a realist Soviet-era bronze sculpture depicting fighting soldiers. In front of it a long black piece of marble with an eternal flame. It is nothing less than impressive, yet we don’t have a proper photo of it (maybe it was too big to fit in a picture).

The square was packed with brides, all in typical white dresses. Wedding couples love having their pictures taken on this square, my guidebook tells me. Today, however, was a special day with many of the men wearing neat, blue or green uniforms and sporting medals.

The energy at the square was vibrant and I couldn’t stop smiling seeing all those happy people around me.

I asked one of the men in uniform what was going and he explained that a group had just graduated. The question of why of a blue or green uniform got confused by Google Translate, which ended up with the translation: ‘Army, air and 5 graduations.’

What to make of that?

He wasn’t one of the young graduated and I asked him if his medals were earned in battle.

The young graduates were having a blast. Standing on the stairs at the far end of the square, they stood in circles, taking turns in drinking champagne from huge goblets. People around them recorded everything on iPhones, us included. The last in line finished his glass, threw the goblet in the air and it when it lay broken on the ground in a thousand pieces, everyone picked up a piece of glass. Maybe it was for good luck? I forgot to ask.

We left the square with with big smiles on our faces, feeling lucky to have seen this celebratory mood.

A couple of blocks down the road is the Green Market, but rather than the typical hive of activity you find in Central Asia’s markets, this was a big hall with a sterile feel to it and entirely uninspiring. Maybe it is more interesting on weekdays, with more activity? Who knows. A sign even prohibits taking pictures, that’s an oddity in this country.

We much more appreciated Central, or Gorky park. Urban parks are popular in Central Asia, I assume because many people live in small apartment buildings. Amidst oak, birch, spruce, poplar and pine trees are all kinds of attractions to amuse people of all age, particularly kids.

Ferris wheels are popular, as are the typical fair attractions as punching balls, shooting balloons, grabbing gifts in a glass box with a sort of claw, the works. There’s a mini railway for the kids, too. Sport fields for football and basketball, and a dedicated area for skaters and so much more all make this an attractive plays to spend your free time.

My favorite places are fountains. Fountains either spray their water up from the ground, or in shallow ponds. In Central Asia, people know how to enjoy them to the fullest. Toddlers go nude or in their underwear, running around and screaming with pleasure. Young kids in bathing suits play in the water, mothers keep an eye on them while sitting on the edge, their feet in the water. It’s a sight that never tires me (in the Netherlands the police will send you away, I therefore appreciate this so much, because I believe it’s what fountains are for).

At an outdoor terrace we ordered a pot of tea and enjoyed some hours of people watching. Almaty may not end up high on our list of favorite places, but we will be leaving Almaty with good memories.

Conclusion – What’s the Charm of Almaty?

Granted, we haven’t seen enough to claim to have visited the city properly, well, from a tourist point that is. We enjoyed this short afternoon of sightseeing in Almaty but looking back, our memories to this cities lies in the beautiful people we have encountered and who have been such a big help.

Thanks Eduardo, Dmitri, Vadim and others!

Check it out: the Landcruising Adventure Kids Clothes Collection 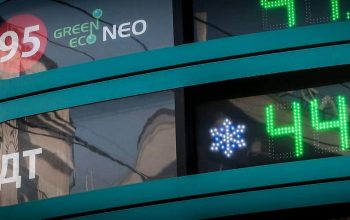