“My tent doesn’t look like much but, as an estate agent might say, ‘It is air-conditioned and has exceptional location’.” ~Fennel Hudson

This is part 2 of a 2-series story about rooftop tents.

In this post, I will focus on our rooftop tent:

Here is the story.

In 2003, we expected to be traveling for two or three years with the idea of driving to Asia. What kind of bed did we want? We settled for a construction that would give us two options:

The Search for a Rooftop Tent

As part of our preparation for the journey, we headed to several stores and compared Eezi Awns, Howling Moons, Hannibals and a couple of other soft-shell rooftop tents.

As I climbed in one after the other, I concluded that the differences among them weren’t big (Note that in 2003 there weren’t that many RTTs as today). We didn’t particularly favor one over the other. Prices were all in the same range – around $1500 US if I remember correctly – so money wasn’t a deciding factor either.

Well, actually, it was. The reason to buy an Eezi Awn was that we were offered a new tent for $900 US from an overlander who had shipped a couple of them with his vehicle in a container from South Africa (where the Eezi Awn roof tent is produced) after a six-month road trip.

How Much Have we Used the Rooftop Tent?

The sense of freedom!

There is something immensely gratifying, beautiful, liberating, inspiring about finding a mind-blowing rough camp, to climb up that ladder, and sleep on top of your rig in a rooftop tent. While that sense of freedom also exists when sleeping in a ground tent, the sleeping pads are never as comfortable as the mattress in our rooftop tent.

Here are some issues related specifically to the first rooftop tent. For our second, a Carpas Anaconda tent, see below. As said before, we used the Eezi Awn from 2003 to 2015; initially very intensely, in the end hardly at all.

While we loved sleeping in that tent, frankly, we were not impressed with the price-quality ration.

Improvements on the Eezi-Awn

For our farewell party in the Netherlands, I wanted to have the roof tent up to show it to people. Fortunately so, because only then (a week before departure) we discovered that the ladder was too short!

Because of the extra 25-centimeter aluminum (dark-brown) layer to heighten the Land Cruiser’s roof, the ladder was too short. A neighbor of mine welded an extension, which has worked perfectly.

The outer layer of the tent, the canvas that covers the entrances on both sides, tended to curl up. This was a problem with slanting rain which then entered the tent. I glued velcro

on the wooden sidebar of the floor and sewed Velcro on that layer. Problem solved.

We emailed Eezi Awn when the leaking problems started, which couldn’t be solved with any first-quality impregnation liquid I bought in the Netherlands. We had to admit: Eezi Awn did know about after-sales service.

They sent impregnation liquid to South America twice, free of charge, even though by then we had used the tent for more than four years. The waterproofing liquid

helped for a while but the tent became a good-weather option only.

In Vietnam, after 3 years of intensive use the mattress needed to be replaced (well, much earlier but we never got around to doing that). We were in a region known for rubber plantations and we found a tiny shop that sold pure latex mattresses

for a reasonable price. It was way heavier than the original, but boy did this enhance our sleeping experience.

Depending on the climate you’re camping in, you may find that your mattress gets humid because it doesn’t get aired properly on the wood/aluminum bottom. To prevent this we have a woolen blanket under the mattress, making sure it sticks out on all sides for a few centimeters. The wool wicks the humid away.

When the weather is hot, we take the small oscillating fan

to the tent, which normally hangs above the driver’s seat. With an extension cord, this works perfectly in the Eezi Awn; the Carpas Anaconda comes with an electrical plug inside the tent so that’s even easier.

As said before, despite all the impregnation liquid, the Eezi Awn tent kept leaking and it was time to look out for a new one. By that time we had left Brazil, which would have been a good country to buy one. There are a couple of local suppliers. Your best chances are in São Paulo.

However, we were in Venezuela. Like Brazil, this is a country full of off-road and overlanding aficionados and in Venezuela are a couple of rooftop tent designers and builders. The off-road community connected us with Carpas Anacondas, situated in Maracay. Inspired by our travels, the owner Robespierre Bataille was so generous to give us one!

He currently produces and sells in Venezuela and Colombia, but plans to expand to the United States as well.

These are just our experiences. To get you started in the labyrinth of the rooftop-tent world to find which one is best for you, check out the legwork Expedition Portal did on the subject (March 2016).

What are your experiences with rooftop tents? Do you have a favorite one and if so, which one? Or do you have questions? Fire away in the comments below! 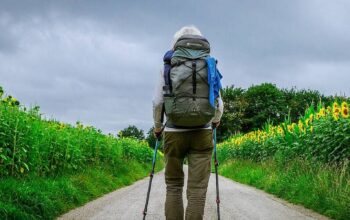 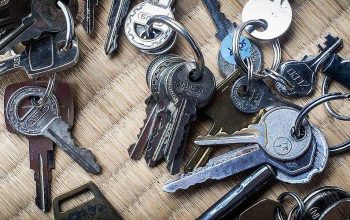 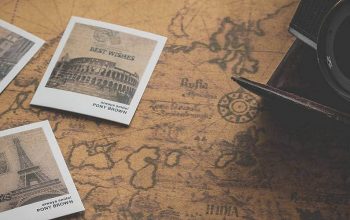