This is part 3 of a 3-series story of the third overhaul on the Land Cruiser and how we remodeled the car with a water tank, sink, and a whole lot of other stuff. Links to the other stories: part 1 and part 2.

For a period of times there had been signs. Small, seemingly insignificant, but building up. Such as there were:

Obviously it was time for a big car remodeling project!

I can’t remember exactly what made the first domino stone tip. But it did and all of a sudden we roller coasted down a whole list of changes, resulting in a remodeling of the car’s interior. The goal: creating more space to move around while simultaneously creating more space to store stuff – if that makes any sense.

Thank you, Jos Kemme (read about his journeys here), Andre van Huizen (read about his car-build project here), and Peter de Jong for answering so many questions in our quest for solutions!

The Plan for the Car Renovation

The plan was to rebuild the storage compartments, the basic set-up of which we still like and would keep, but to make a couple of drawers at the bottom, to use the space behind the isolated walls for storage, and to install a sink.

At least, that was the idea. It grew much bigger than that, ending up with new household batteries, solar panels and even a fridge (the first new fridge we bought in our 12.5-year journey). Where would it end?

Here’s what we did.

Check it out: The Landcruising Adventure Travel Mug Collection

It started by removing the exhaust that ran diagonally under the car. We replaced it with a shorter one that exits at the side of the car, behind the passenger seat. This created space in the middle underneath the Land Cruiser to fit a water tank.

Coen dedicated a separate blog post on the topic. Find it here.

In Guyana our friend Sonia offered us a place to stay. Here we could store all our belongings, which we needed to do for a major welding job. In order to weld on the sides of the bodywork, the interior has to be removed otherwise the insulation and woodwork will catch fire.

Coen wrote a piece on the welding job, which you can find here.

In the house we were staying in, we found a circular saw and outside stood a good working table. We could use both. And so, after all the welding had finally been done, we had a go at the woodwork before we had to leave Guyana. We spent three days of working 15-16 hours and performed miracles.

First we headed to the local stores in search of pinewood and plywood. We found it and succeeded in loading the three 1.20 by 2.44m boards in the empty Land Cruiser.

Read More: Overlanding in Guyana – Tips on Where to Go

Nothing, and then I mean really nothing, in our Land Cruiser is straight. That means that whatever piece we had to saw, needed to be measured up to the last millimeter. And without having stuff like the sink, water filter, and pump yet to visualize what would fit best where, nor the aluminum angle profiles for the drawers, we had a challenge on our hands, to say the least.

The result isn’t exactly straight, to put it mildly, but for two newbies who had less than 72 hours to do the job, I believe we got a result to be proud of. The fact that we have so few photos testifies to the fact that we totally worked our butt off and didn’t really have/take time for anything else.

3. Step 3 – Getting Stuff Shipped from The Netherlands

Meanwhile, we realized, we were going to need to get stuff shipped to us because locally we couldn’t find everything we needed. Our quest for certain stuff, in fact, had started earlier.

Now that we had started an overhaul we decided to take everything on that had bothered us to some degree over the past months/years. We decided to invest in a 21-liter Engel fridge, new (deep-cycle) household batteries, as well as new solar panels with a state-of-the-art Victron controller.

In Guyana, we learned about a company called NedSur Shipping. It weekly ships stuff between the Netherlands and Suriname. Either by plane (small stuff, paid per kilo) or by boat (bigger stuff, cheaper than by plane but takes longer).

Solution found! Thank you NedSur! We were impressed with how professional they are. Every week they sent an update per email with exactly what they had received from whom (we asked friends and family to buy what we needed and send it to NedSur), what they had shipped off, and what was still missing. All this made it easier for us to do follow-ups to companies and friends and family who helped us out.

Friends and family, thank you all for help!

Coen trailed the Internet for days on end, buying panels and batteries, but also all kinds of accessories for our new water system and drawers (something simply as aluminum angle profiles were non-existent in Guyana).

What we shipped from the Netherlands:

We still had to figure out how we were going to get water from an outside source into the water tank underneath the car. Tube? Watering Can? Keep one of the 20-liter jerry cans that we would store on the roof? Much later we would settle for a flat tube.

4. Step 4 – Installing the Water System & Everything Else in Suriname

While all this stuff was on its way, we left Guyana and drove to Suriname, where we camped at the premises of Rikki, the owner of NedSur Shipping.

So let’s see what we got done:

We installed the sink in the rear of the Land Cruiser, on the right-hand side (as the Coleman stove hangs on the left-side rear door when cooking outside (read about the Coleman stove here). All the tubes, filter and pomp now run behind the isolation panel along the side. It took Coen days to figure out how to install all this stuff using as little space as possible.

(For details see Coen’s blog post on the water tank).

Of course the job needed endless testing. It was frustrating to discover that while we had bought all kinds of quality stuff in terms of filters and pump, the connectors all had different sizes, materials, and what have you.

That’s the problem of ordering online and not in a store where you can see and feel what you’re interested in and ask questions on the spot. This would be our recommendation to others: go to stores to buy these things, and make sure that all these different things match and work together.

On the sides of the bodywork we re-glued beams with Polymax Express. We love this stuff; we are even happier with this than the Sikaflex marine we have had in the Land Cruiser’s first-aid kit.

The set-up of the insulated sides panels dates from the previous owner. Five years ago in Bolivia, during the Land Cruiser’s major overhaul, we found most of the beams partly or totally rotten away and replaced all of them. We were happy that, despite some serious rust on the Land Cruiser’s bodywork, this had not yet affected these beams. Some had simply come loose.

Attached to these beams is the wooden side panel (with screws) which on the inside has a one-centimeter-thick layer of isolation material and empty space (about four centimeters along the sides, but much more in the rear-end corners). We built a couple of cabinets behind that wooden panel. Here we really gained some space. E.g. the right-hand corner, Coen managed to put all the water stuff such as pump and filters.

On this side panel sits a wooden bar to which the storage compartments are screwed.

On the right side we constructed five drawers at the bottom and the rest of the compartments continue to be accessed from above.

Read More: Hashing in Suriname (and the World)

On the left side we installed a door on the rear compartment to access outdoor chairs & table, and stove. The second compartment now has a drawer at the bottom, and the third (right behind the driver’s seat) was the only one to remain unchanged. Here we store some of the heavier stuff such as the toolbox and recovery gear.

Instead of sliders, that take a lot of space, we followed Andre’s tip to use aluminum, angular profile, which we sprayed with Teflon (a great resource about what different kinds of fluids do, read here).

Like I said, all this was the plan, but in between the work we came across number of a other things to do:

Read More: Challenges of a Car Rally in Suriname

For the first three weeks or so, we continued removing/undoing things. Do we want to do A? First we need to unscrew B, undo C, take away D, fix E and so on until Z. And this happened with numerous stuff. I can’t recall many examples (finding a new place for the Maxtrax is one), but I very much recall the frustration!

We put everything together in the hope we had thought of everything. But our stuff was lying all over the place so who were we kidding?

Only when filling up the storage compartments we discovered everything we hadn’t thought of.

“So where will we put the saw, now that this part is used for the drink-water faucet?”
or
“Where do we put the basket with vegetables so it won’t fly through the car?”
On and on it went.

Some eight weeks later we could finally pack up! What a relief. Do we like what we did? Yes, it feels very, very good. We’re very proud of what we accomplished. Later we’ll add more detail photos of the different compartments as the during this write-up the car is in the container on its way to South Korea.

After we filled the bottle and closed the faucet we both heard a sound we didn’t want to hear. We closed our eyes, stepped outside. Surely that’s where the sound came from. But there was no denying.
drip
drip
drip
…

And off we went, once more, opening the ‘water system corner’ in the rear. In order to do that, we had to undo two planks that had been glued with Polymax. Because of that something else came loose. All to find yet another leak. Keep smiling!

Note to self: no doubt this will happen more often when we hit the road again!

How all this is going to work when on the road, time will tell. We haven’t had time to properly test anything yet as, you may know, we put the Land Cruiser in a container and it’s on its way to South Korea.

Please pray for good weather on the Pacific for the next 60 days! 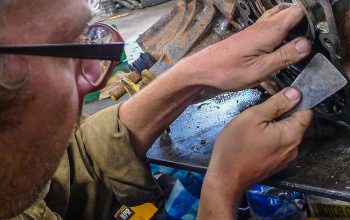 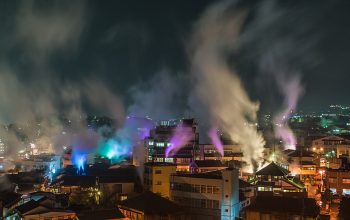