What brought us to a city with three million inhabitants? We weren’t sure ourselves but sometimes we look at the map and our eye is drawn to a place.

That is what happened in Cali. The town is known for salsa and nightlife and these are the main reasons for people to visit Cali. However, we didn’t see any of this as we are not nightlife people, however, there are a number of other reasons why we liked it so much.

There are various ways of exploring Cali. You can perfectly do this independently. We felt safe and enjoyed strolling the streets. If you like, you can visit with a guide as well. Enjoy a 3-hour sightseeing walking tour or go on an organized Grand City tour. Or let a guide take you to Cali’s farmer’s market and learn all about Colombia’s delicious fruits.

Here is what we feel you should see in Cali.

Cali in a Nutshell

Cali is one of Colombia’s oldest cities, founded as Santiago de Cali in 1536 by Sebastián de Balalcázar. Unfortunately, as it is one of the cities in South America that developed its commerce and industry in the 20th century, the majority of colonial history got bulldozed.

Today Cali is a big, modern city plagued by traffic and characterized by high-rises filled with offices for thousands of pencil pushers.

But fear not as in between the 20th-century architecture, you will stumble upon are some remarkably beautiful old buildings, most noticeably religious complexes that make Cali worth a visit. On the premises is an archaeological museum featuring old ceramics as well as a second museum next door. Here we admired a small but nice collection of religious art.

One statue stood out: a woman on a half-moon and a snake with an apple in its mouth; a first for us to see this combination. Most religious paintings are from the Quito School.

The ticket included the two chapels: The Chapel of Virgen de las Mercedes (patron saint of the city) and of Virgen de los Remedios. Both chapels are used for morning and late afternoon mass.

Part of this complex is still inhabited by nuns as well as by monks. Another part of the complex functions as an elderly home for women.

What was most remarkable of this visit: The nuns running the regional production center for hosts. Four nuns and three employees daily produced 40,000 hosts that were sold to all parishes in and around Cali. With Christmas the daily quota would rise to 50,000 – 60,000. The city had lots of small, yellow taxis. Many were new and still comfortable to sit in. They worked with meters. Many locals drove motorcycles. Their helmets carried the same number as the motorbike’s license plate, which was mandatory. Some wore sleeveless vests as well, with the license plate’s number on the back.

I guess it said something about the number of robberies by motorcyclists and carrying these additional numbers makes it easier to identify them. Well, at least that’s the explanation we got from local people for having this law.

What we found compelling was one of our taxi drivers had a knife stuck under his steering wheel because of problems with thieves, drunk people or passengers not wanting to pay the fare.

All through South America we had seen places where vendors sold lottery tickets on the street or vendors selling minutos: You could use their phone (cellular or landline) and pay per minute. However, the number of both these services in Cali (or maybe Colombia) outdid any other South American country.

Everywhere along the side we found vendors selling minutos for 100 or 150 pesos. The explanation we got was that Colombia didn’t have a national lottery. Apparently it was all organized by different departments.

The hardships of daily life were visible in, among other things, the long lines of people waiting in front of banks and government buildings. Taking care of some paperwork could be a day task. The day before, when we entered the building of the Gobernación (for tourist info) we had been searched and my backpack had been checked.

Lots of people stood waiting for simple procedures such as paying their third party insurance. Today there was a long, long line outside on the pavement with elderly people. I find it so disrespectful to have elderly people standing in line for hours every six weeks so they can claim their pension. We enjoyed walking downtown, sitting in Plaza Cayzedo under tall palm trees and drinking a tinto, no matter how awful it tasted (tinto = coffee that is so weak that it looks like tea and which is really only drinkable with sugar).

Selling tinto appeared to be a women’s business. They walked around with big thermoses, sometimes in carriages. They also entered buildings and shops to sell tinto to the people working there.

Of course, the plaza featured a hero – which plaza on this continent doesn’t? At least this one was not on a horse and it wasn’t Bolívar or San Martín either.

It was a fighter for Colombia’s independence who was executed for his effort, Joaquín de Cayzedo y Cuero. Fortunately, a city like Cali had some cafés with decent coffee from espresso machines as well. I seriously started to wonder if tinto was the only available coffee brew in this country.

We found a coffeehouse on Calle 11, which had good coffee indeed, as well as brownies (and WiFi).

The Gold Museum & Churches in Cali

The small but nice Calima Gold Museum was worth a visit. It displayed historic artifacts of three pre-Columbian groups of the region and Calima culture: the Ilama, Yotoso, and Sonse.

As for churches, different from the usual, at least on the outside, were the Religious Complex of San Fancisco with the 23-meter-high Mudéjar Tower (1772), as well as the Saint Francis Church with an altar of marble and carved wood.

The tower of the Saint Francis Church was built by a Moor who fled from Spanish authorities and who took refuge in the convent of San Agustín. In return for lodging he built this tower.

The city featured a cat park, which Coen – being a lover of cats – had to see. The Parque El Gato del Río, alongside the Cali River, featured a 3-ton-weighing, 3.5-meter-tall red cat by the painter and sculptor Hernando Tejada.

Behind it were a number of other cats created by national artists with some very creative creations in between.

One of them informed me that all kinds of animals are mentioned in the bible but a cat isn’t (interesting, isn’t it?). One cat represented a Caleño: a warm, sensual woman while another cat was full of spikes, representing the environmental threats.

At the end of the afternoon we headed for Parque de los Poetas. Men behind typewriters sat under umbrellas. But no, this is not a place for romantics to ask somebody to type a poem for a loved one.

While national poets were immortalized in sculptures in one corner, the modern typing done here was for tramites – paperwork, another chain in the series of bureaucracies that was so omnipresent in this city. Amidst the modern buildings that surround this plaza was the neo-Gothic, blue and white Iglesia Ermita featuring a painting called El Señor de la Caña – Jesús projected as the Lord of the Sugarcane.

We hope you find this Cali City Guide useful. Do you have questions or your own experiences to add? Feel free to do so in the comment section below. Thanks! 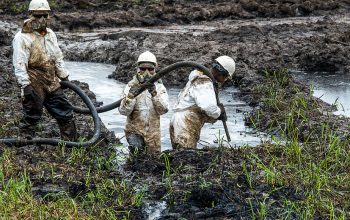