I already wrote why we bought a Hawkins Futura Pressure Cooker, why we love it so much and what kind of meals we use it for.

Why another post? Well, we had never expected it would resonate with so many people and, what’s more, how many (future) overlanders bought one for themselves as a result.

How do I use this pressure cooker?

A pressure does look intimidating with that weird-looking lid and the hissing sound once the temperature inside the cooker has reached its boiling point. I totally identify with that feeling. It took me a while to be convinced a pressure cooker was a good purchase for our overland trip.

Before potentially ruining a meal, it’s best to first try out the pressure cooker just with a bit of water. This way you get a feel for how it works.

Here is a rundown of what is recommended in the Hawkins Futura Cookbook. It is a simple way of familiarizing you with your brand-new, intimidating looking pressure cooker to prevent screwing up a meal.

It comes down to:

Now you know how to bring the cooker to a boil.

There are 3 ways to end a cooking session:

2-Turn Off the Heat

So that now you know the basics and have seen for yourself how the cooker works, let’s move on to a couple of other points.

Quantities of different ingredients don’t matter much; however, the quantity of water is extremely important.

How much water you need to add depends on:

Coen, fortunately, loves manuals. He checks it for every meal and is very precise in how much water he adds. So do keep that in mind, especially when starting out with cooking in a pressure cooker.

It’s best to check the water quantities in the cookbook that came with your pressure cooker, as they may differ per brand.

For exactly the same reasons a minute too long or too short can screw things up, so check the timetables for that. Or go for the trial & error method but make sure your pressure cooker doesn’t boil dry.

Here is a general timing table in case you have another pressure cooker.

Maybe not all pressure cookers come with a cookbook, but ours – the Futura Hawkins – does. Not only do we have the Future Hawkins cookbook, but you can also download it as a PDF online or search for information on Google.

What do you think? Is a Hawkins Futura Pressure Cooker something for you?

We share a collection of pressure-cooker recipes on this website. How to easily prepare rice or vegetables in a pressure cooker, soup, or hummus.

We hope you found this helpful. Questions? Fire away in the comment section below.

Check it out: the Landcruising Adventure T-shirt & Sweatshirt Collection 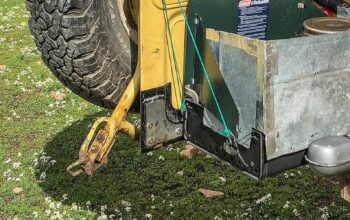 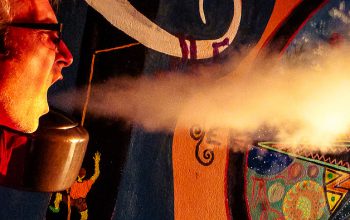