Peruvian Cuisine – One of the World’s Best Foods?

Peruvian food is acclaimed as South America’s best or one of the world’s finest. Truth be said, we still haven’t figured out why that is. The average lunch consists of a soup and a main dish of rice, (dry) potatoes with fried trout or pork.

Okay, I exaggerate, there is more than that, but as far as we are concerned a Peruvian almuerzo is by no means of any higher standard than the average Bolivian meal, which receives no acclamation whatsoever. Having said that, we did enjoy eating in Peru and tried our share of local dishes in the highlands as well as along the coast. Here are some impressions.

Markets are a common place to eat. Having running water, let alone soap is not something you can count on. Sometimes the owner has improvised so you can wash your hands, like this photo shows. 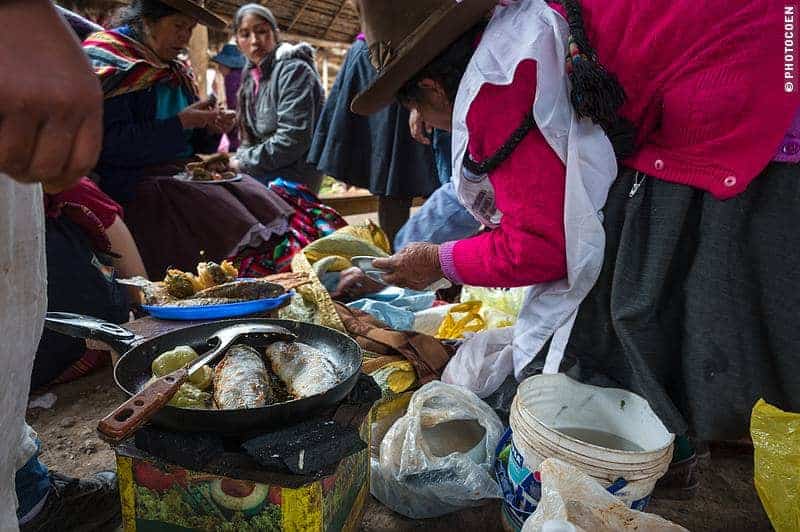 A selection of typical dishes we ate at markets or in roadside restaurants:

Or local favorite treat was ceviche, which is raw fish (sometimes combined with crab) that is marinated in lemon (which ‘cooks’ the fish) and spiced with aji (chili peppers). Ceviche is often served with sweet potatoes, manioc and/or fried corn. Of the liquid they make a spicy soup called leche de tigre.

During my first try, I found the ceviche way too spicy and it took me a while to figure out I could ask for a ceviche sin aji (without peppers). After that discovery, it became my favorite Peruvian dish. Maybe you need to eat in expensive restaurants to truly appreciate Peruvian food? We generally don’t spend that much money on meals, but I have to say that the one time we did (El Albergue in Ollantaytambo; read about it here), it was splendid. Apart from typical Peruvian food like alpaca, we tried a bit of international cuisine as well, like a crêpes and sushi in Cusco. 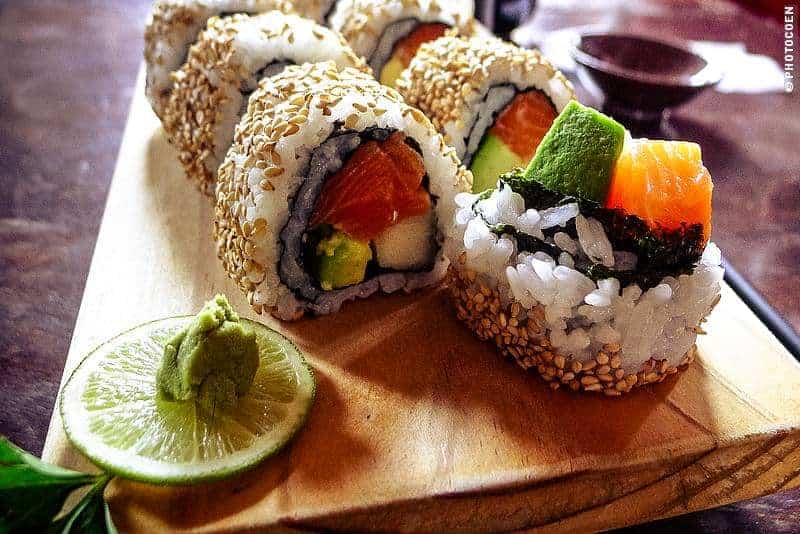 Cusco, Crepería La Boheme
Unsurprisingly, run by a French.
Tasty Breton gallettes (made from buckwheat with savory toppings) and crêpes (with flour and sweet toppings).
Where: Carmen Alto 269, San Blas.

Cusco, Japanese Restaurant Kintaro
For some 15 soles you have a wholesome noodle soup or a teriyaki chicken with rice. Sushi plates with eight pieces are 25-35 soles. Where: 2nd floor 334, Plateros (near Plaza de Armas).
Open for lunch and dinner Mon-Sat.

Always and everywhere and always – it seems – people are selling food and drinks. Street stalls are great places to try new foods, we find. I wrote about it here.

Arguably the most common drink, at least in cities, is Inca Cola. It looks poisonous, and it probably is. We didn’t try more than one sip – it was just too disgusting.

Traditionally Peruvians drink a lot of milk for breakfast, often mixed with a grain.

Street stalls often sell chicha (kind of beer made of corn) or juice made of quinoa, a local grain. Fruit juice stalls are part of pretty much every market. Okay, so maybe we missed the “one-of the-world’s best-food-claim” but we do appreciate the vast variety that Peru offers in terms of fresh produce. Many of the so-called superfoods originate or grow in Peru, such as maca powder, chia seeds, lucuma fruits, algarobina (also called carob or mesquite), quinoa and amaranth. And since in Peru we cooked more than we had in years I started looking at fruit and vegetable markets with a new eye. Here is more on Peru’s organic markets.

We tried different kinds of flour to bake bread and cookies (read about it), experiment making veggie burgers using beans & other legumes, and started sprouting as well. More about all that in this blog post on flexcooking. We stopped eating meat (and dairy) a year ago, but even before that I was never tempted to buy meat at a market. I had no idea how judge quality. The section just never looks appetizing, which doesn’t mean it isn’t fascinating and does make for some intriguing (or disgusting, if you like) pictures.

Let’s finish with a couple of very local items we came across everywhere:

Aji, or Chili Pepper. If I liked them, I would write a post on the subject, as there is so much variety in color, size, and level of spiciness. Apparently, there are some 300 varieties! But I don’t, so I won’t. It’s just too hot! I never liked the hot food in Asia, and I still don’t like it. Coen does though, he loves it. The big difference between Asia and Peru is that in Asia they put it in the food while cooking. In Peru, on the other hand, the food is served rather blandly, but you will always find aji, generally as a sauce, on the table so you can add it yourself.

Pisco Sour is Peru’s National Drink. The cocktail is made of pisco, a liquor, with lemon juice, egg white, a bitter and a syrup. Chile also has a pisco sour as its national drink (albeit it’s a bit different but does have the pisco liquor as its base). Both countries fervently claim they are the pisco sour’s country of origin. Stevia appears to become an increasingly controversial product. Is it natural, is it healthy? Well, the common white version sold in containers definitely is processed to the point that it no longer resembles stevia so I would give that a big berth. The plant grows in South America of which the leaves are dried. They are often added when chewing coca leaves to enhance the flavor of the latter.

Coca leaves and products made of them such as sweets are legal in Peru and for sale especially in the highlands. In the production area there are strict rules though: farmers are allowed to only sell them to certain companies by which law the government tries to reduce the production of cocaine. Before taking the picture below, Coen had to explain to the farmer why he wanted to take it, fearing he was a journalist or spy for the government. And with that I will end my babbling about food in Peru. Let’s move on to Ecuador!

For more on Food, check out these articles: 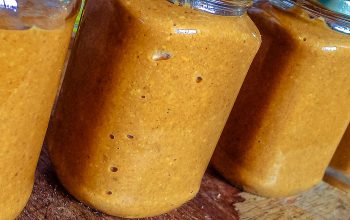 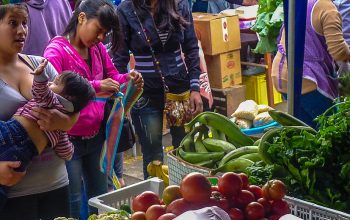 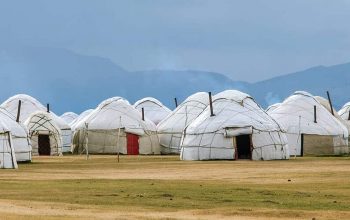 11 thoughts on “Peruvian Cuisine – One of the World’s Best Foods?”