This is part 2 of a 3-series story on how to keep your overland vehicle on the road. Find part 1 here, and part 3 here.

In India, our jar with bolts saved our day and possibly even our lives.

We were driving through the flat, repetitious landscape of the Thar Desert where a gazelle sprinting across the road was a welcome distraction. Suddenly, the Land Cruiser started vibrating vigorously.

Instinctively I looked down at my feet and the pedals, depressed the clutch and let the Land Cruiser roll to a dead standstill.

Local Parts at a Toyota Workshop

Karin-Marijke got out of the car, looked underneath and spotted the propeller shaft hanging by just one bolt. The other three were gone. Another yard and the drive shaft could have dropped, crashed into the bottom and ripped the gearbox to shreds, or worse: blown up the engine.

Rocco’s jar came to the rescue as it contained more or less suitable bolts. The nearest Toyota dealership was forty miles away, in Jodphur. I think we have never driven so slowly as then in order not to damage my makeshift solution.

At this particular Toyota garage I was confronted with non-helpful receptionists.

I didn’t need service. I needed four special bolts and after a long, fruitless discussion I tried my luck on the sales floor. A shiny, brand-new Prado stood gleaming on display and I slid underneath it to see if it had similar bolts, which I then might purchase.

“Great truck, wouldn’t you agree?” A salesman tried me.

I immediately had his attention and told my story.

“This can’t be true,” he responded. “Wait, I’ll go talk to the receptionists.”

Five minutes later he was back, wiggling his head in the famous Indian way.

“Unbelievable! But… come on, follow me. I’ll sneak you into the parts department. Don’t say a word.”

Ten minutes later I was outside with new bolts. An unexpected, unusual way of getting spare parts and no payment!

Check it out: The Landcruising Adventure Hoodie Collection

Toyota did not start to operate in India until 1997, so they were only familiar with new models. The same goes for Turkey, Argentina, Vietnam, and I assume a number of other countries.

The Key to Finding Local Parts

Showing up with our old Land Cruiser either means being welcomed like VIPs or being sent off through the back door. The dealerships work independently and have different service attitudes.

“No sir, we can’t help you. This model has never been imported so we won’t service it.”

In my experience, the key is to connect with the right people in the right places. I’ve come to realize that the average desk clerk isn’t interested in me nor is he motivated to solve my problems.

The manager or director, on the other hand, is more likely to hang on my lips when I tell them stories of exotic destinations and show them the map of our route on the door of the Land Cruiser.

A Manual to Find Local Parts

Once inspired to be part of our adventure, many of them have moved mountains to solve whatever issue I presented them with.

We are lucky to be in possession of a 1984 Master Parts Catalog as well as the original engine and body workshop manuals. They have been priceless, as diagrams demonstrate how parts are put together and list all part numbers.

Nowadays I have digital PDF versions of the manuals on my laptop, but initially—and still in most workshops—having a physical book in front of you is practical. I even found a cool Land Rover Defender Parts Catalogue  for the 90, 110 or the 130.

A note on part numbers

In many countries part numbers are useless. Instead, experience taught me that you need to bring and show the old part and the shop will tell you if they have one of those in stock.

The most common car parts we’ve needed during our twelve-year journey are oil filters (every 6,000 miles) and tires (every two years), which we have all easily sourced in the 30+ countries we traveled, either original or aftermarket (read: Japanese or Chinese).

When I can’t find the necessary part, it’s time for improvisation. When we had a leaking rear-brake cylinder, and although the Brazilian Toyota Bandeirante looks similar to our car, no part of the – until 2001 – locally produced model will fit our Land Cruiser.

I had to settle for a Hilux SW 4×4 version with slightly thinner pistons. So far it works. I am still learning to let go of the one hundred percent perfection. Local solutions are different and I need to adapt. The goal is to keep the Toyota moving, not to have an entirely original car.

Some of the more difficult parts to get are engine mounts for our 3B diesel engine as in South America you see only the FJ – the petrol version of our car.

The Toyota dealership in Calama, Chile, told me I would have to wait six weeks and pay a fortune for new ones. That didn’t sound appealing and while leaving I contemplated the idea of slinging a chain around the block to keep its rocking movement to a minimum.

A taxi driver who overheard me inquiring about the engine mounts tipped me about a little rubber shop not far from the local AAA that could fabricate the mounts at a fraction of the cost.

So, how and where to you find parts? Often this means driving and asking around, or talking to someone who is driving a car similar to yours. Most cities have a neighborhood entirely taken up by spare-part shops.

I search for that neighborhood, knowing that if one shop doesn’t have what I need, the owner will most likely send me to one that does.

Here is part 3! – Keeping your Overland Vehicle on the Road – Where to Find Workshops.

Check it out: The Landcruising Adventure Duffle Bag Collection 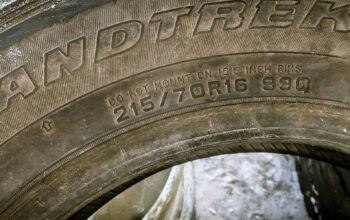 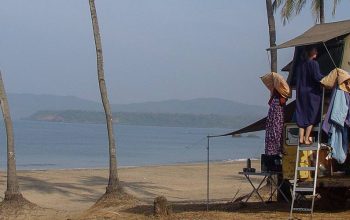