During our 16 years on the road, Coen and I have both seen our share of hospitals. Among them were visits because of malaria and dengue. People often ask how we felt, how the treatments were, if we are still feeling after-effects. Hence this blog post.

Note: I am NO expert and have ZERO medical knowledge. I am only sharing our personal experiences. Make sure to do your own proper research before drawing your conclusions on the subject.

When traveling for such a long time, months on end, I don’t think it’s a good idea to take prophylaxis. Apart from stuffing your body with something that doesn’t belong there, experts have told us that prophylaxes make it more difficult to determine malaria when showing symptoms (very similar to, for example, dengue) and if you do have malaria it is more difficult to treat. (Note that the prophylaxis doesn’t protect 100%.)

I got malaria twice, in Asia, and I continue to be of the same opinion as to the above-mentioned one. I would like to point out the statement ‘malaria will always remain in your body’ no longer is true according to the medics who treated me in Bangkok Hospital. According to them, malaria can be eradicated if treated properly.

No doubt different medics have different opinions on the subjects; again draw your conclusions after your own research.

Dangers of Self Medication

For the right proper treatment it is of utmost importance to know exactly which strain of malaria you carry. That’s why it is so important to get a blood test done at a decent hospital/malaria clinic for a thorough test, and that you don’t just medicate yourself with what’s in your first-aid kit

(unless it’s an emergency, of course).

Realize that when you have malaria, you’re not only playing with your own life, but also with that of others. If you haven’t treated yourself properly, you are spreading the disease to others.

We traveled two years through Amazonian countries without taking prophylaxis. We carry one set of prophylaxis in our first-aid kit (read about it here) to take in the case of an emergency where one of us gets seriously ill and we are too far from medical care. This ‘overdose’ will buy us time to find medical help.

I got malaria in Laos during the driest time of the year when there was no mosquito in sight. How that happened still remains a mystery. I visited the hospital in Luang Prabang (2005), a horrible place and it took a lot of pressure to have them test me on malaria as there was a festival going on.

It turned out to be the potentially deadly malaria tropicana. They were unfamiliar with Lariam and only had kinine for treatment. I was sick for a week or two, took the medication and was able to travel again. In Tibet, I had a relapse. We didn’t know this at the time, of course. Try figuring out in Tibet that you have malaria, where there are no mosquitoes and thus the illness simply doesn’t exist. Staying in Lhasa’s best hospital (2005) is not one I recommend. What a filthy place and nobody spoke English.

We communicated through interpreters from our health insurance. After a couple of days – when through the process of elimination malaria was considered a serious possibility – I was evacuated to Bangkok.

Bangkok Hospital is the most luxurious hospital I have seen in my life – the ones in the Netherlands don’t come close. It was a new hospital with three separate wings for East Asians, Middle East (Muslims) and Europe/US.

They kept me at the intensive care for the first night, after which  I stayed in the most luxurious room with a sofa so Coen could spend the night as well, a large flatscreen, fridge, microwave and private bathroom. Daily several physicians dropped by for a check-up and medical attention was professional in every way imaginable.

I have had no relapse since.

Coen got his first dengue in Porto Velho, the Brazilian Amazon (2010). He went to a public hospital for blood tests, which was one of these overly crowded, not-too-clean looking places with too many sick people and not enough staff. In fact, it was so crowded that I was told to wait outside (as were all other people who accompanied sick relatives). They took tests, put him on an IV drip and at the end of the day told him it wasn’t malaria nor typhoid.

It probably was dengue, but the definite results would take ten days. Since there is no medical treatment anyway, we decided to leave that horrible city and took a room in a smaller town for a week or ten days where Coen only slept unless I woke him to drink or eat. He recuperated quickly after that.

His second dengue attack came in Goias (west Brazil, 2013). There was a small, proper hospital with friendly staff. Over those past three years, knowledge on how to treat dengue has grown (even though there is still no medical treatment (as there exists for malaria) but you have to get better on your own strength). The physician told us the first 10 days are critical and you can sort of ‘rinse your body’ from the illness by drinking 3 liters of fluid per day, the most effective being:

I gave him a liter of each every day. We took a hotel room and again he slept for a week, drank all those fluids and additionally daily got an IV drip at the hospital for more fluids. I could buy the drinks in the supermarket and the ORS at the pharmacy. You can buy ORS as packages or make it yourself. WHO suggests dissolving half a small spoon of salt and six level small spoons of sugar in one liter of drinking water.

He recuperated and suffers from no long-term effects.

In the Netherlands we bought several bottles of repellent spray that contains a high percentage of DEET. I keep them for malaria and/or dengue-prone regions. In mosquito-rich regions but free of those diseases we use local products that are not so aggressive for skin and health.

to be a perfect product. It comes as a cream as well as a spray.

What are your experiences? We look forward to hearing other opinions and ideas on the subject. Please share them with us in the comments below so other travelers may benefit from them. Thanks. 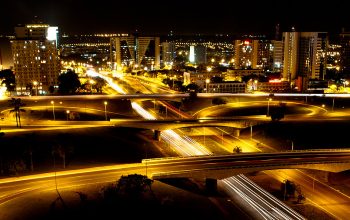