Obtaining a China visa Mongolia’s is a topic that can keep travelers quite occupied. Contrary to Pakistan and especially Laos, where organizing our visas for China was easy (when we bought them there in 2004/2006), we were now in for a challenge.

The Chinese Embassy in Ulaanbaatar, Mongolia’s capital is not particularly geared toward facilitating the visa application process for anybody.

What is the big issue, you may wonder?

Well, there are several.

Read More: How to Organize Your Visa for Russia The Chinese Embassy in Ulaanbaatar Part 1 – Getting Inside the Chinese Embassy

On Monday morning at 8.30 a.m. we arrived at the door on the left-side wall when facing the main entrance of the Chinese embassy.

A big ‘line’ was already in place. Tickets were randomly handed out. We hung around until 11 a.m. hoping to get insight into how ‘it’ worked but we didn’t. People arrived from who-knew-where with tickets and the number of people entering with tickets clearly outnumbered 50 people.

Were there different types of tickets for students? We had – and still have – no clue.

We returned on Wednesday at 7 a.m. only to see once more a whole bunch of people waiting, including a large group of circus people. They had spent the night in front of the entrance. They already had their flights booked for the following day; all they needed was their China visa to be on their way (they succeeded!).

We didn’t bother with the chaotic line and simply sort of shuffled into the big group standing in front of the door. Maybe the guard recognized us, maybe it helped Coen was taller than most others, maybe we were just lucky, we don’t know. But Coen got a ticket.

It was unclear whether we both needed one, but when the guard motioned Coen inside, he sort of pushed me in front of him and we got both in.

A Note on the Visa Application Form

The entrance of the Chinese Embassy is guarded by guards and sometimes police officers. If you need only an application form, ask the guard and he will give it to you. The guards allowed a handful of people in at the time. We got in around 10. Inside were three counters with one open for visa applications. We queued for about half an hour after which the women behind the counter told us that our application forms were old. She gave new ones and motioned us to the side to fill them out for the second time.

Around 11.15 we queued once more. This time the woman behind the counter checked all forms meticulously. It seemed to us that if she approves them, it’s most likely you’ll get your visa (but we don’t know for sure if that is the case). E.g. one of the questions is what countries you have visited in the past year. Coen had filled in Taiwan. Big mistake. She gave the form back, saying, “Taiwan is China.” Coen had to erase Taiwan from his form.

After she approved the forms, she instructed us to pay the fee at the bank and to return on Monday afternoon 4-5 p.m. (If you pay extra you can have same-day delivery or 2-day delivery).

The difficult part was over. Part 3 – Payment for our China Visa

We walked to the bank across the street (from the main entrance of the embassy) where we paid the required fee of US$ 30 p.p., which was quickly done. Note that they require crisp US bills free from any scribbles.

Part 4 – Picking up our China Visa

Easy too. We returned to the embassy on Monday afternoon, could walk right in, got our China visa, and celebrated with champagne.

Read More: Hiking the Great Wall Away From the Crowds I hope this helps. If you have questions, let us know in the comment section below. We’ll do our best to answer.

Edited to Add September, 16: So now you think how the China visa application works, right? So did we but yesterday we met a French couple who recently had a different experience in getting their China visa. There were two lines, one for Mongolians (90 tickets)  and one for non-Mongolians (10 tickets) and lists circulating among the non-Mongolians to prevent having to camp in front of the entrance. Read Tiphaine and Nicolas’ China visa experience here. It shows, if anything, that procedures can change on a whim.

Would you like to know where we are going next? (e.g. about our return to Russia). 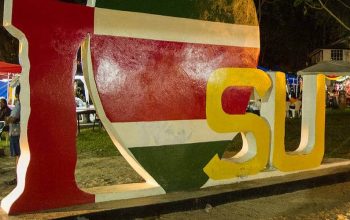 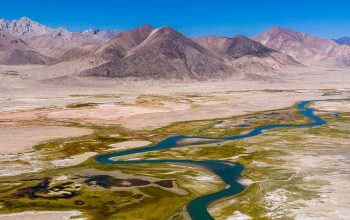