How to Deal With Traffic Police in Argentina

Traffic rules in Argentina are something of an enigma, even more so when it comes to the question of when these rules are enforced and when they are not. It boils down to a mysterious mix of (bad) luck, location, moment, the police officer and our own attitude.

Attitude Towards Traffic Police in Argentina

Whenever we were motioned to stop, the traffic police always asked for documents. They often moved behind the Land Cruiser to check the license plate and sometimes conferred with a colleague.

Our strategy: stay patient, smile and be friendly. We learned very quickly, in fact during our first encounter with traffic police (unfortunately on that infamous Ruta 14 in Entre Ríos – see below) that an arrogant attitude, or showing signs of being in a hurry, only has a negative effect.

Check it out: the Landcruising Adventure Road-Trip Shirt Collection

A Fine Related to the Price of Gasoline?

How high fines are for what offense is another enigma. Apparently it is up to a police officer to decide the severity of the violation and therefore the price of the fine.

Because Argentina has had such an unstable economy, they do have an interesting way of determining a fine: it is based on the price of a liter of nafta (gasoline) multiplied by X whereby the police officer decides X.

Officially, and this happens in most of Argentina as far as we know, you will get a traffic ticket that you subsequently have to pay at the Municipal office. Traffic police don’t (shouldn’t) accept the money. The moment they don’t give a ticket and demand to be given the money themselves, a scam is up.

In general you can travel without worrying about traffic police through Argentina’s Andes Mountains, Ruta 40, Patagonia, its central provinces as well as the province of Buenos Aires. On the larger part of Argentinean roads traffic police are nice fellows simply doing their job. Often, they are curious about foreigners and their vehicle, and just like to chat.

Unfortunately, the northeastern regions of Argentina are the corrupt ones, at least when it comes to traffic police. Ruta 14, kms 341 in Entre Ríos, is notorious: at this permanent police post you can be assured of getting a traffic fine for a real or imaginary offense.

While foreigners can count on being motioned to the side of the road, Argentineans are targeted as well. Even when you comply with all requirements, the traffic police make up an imaginary offense, and we’ve heard they can be quite creative in that respect.

Note that by law it’s mandatory for a car to carry two warning triangles, a fire extinguisher, a first aid kit, a rigid tow bar and at the back of the car a red, reflective sticker. At some gas stations you can buy these items in a complete set for about 200 pesos.

Yep, We Fell for the Scam

New in Argentina, South America for that matter, who had no idea about this police post and the scams going on. Having just arrived from Asia, we were not used to police officers enforcing laws and rules such as wearing seat belts and driving with lights on during the day. So we didn’t pay much attention to the zillion road signs in and around Buenos Aires telling us we should.

Thus we were stopped. And since we were breaking the law, we didn’t realize this was a scam post. The fine, however, was ridiculously high. Coen used the arrogant attitude he had learned worked miracles in Asia, but here it backfired. The price went up! And so I tried the polite and submissive version and at last managed to bring down the fine considerably. Then came the discussion of paying on the spot or at the border with Uruguay and, in retrospect stupidly, we paid on the spot.

So, we learned the hard way. To respect road rules while driving in Argentina, but also that Ruta 12 and Ruta 14 simply have corrupt police officers. We’ve seen a front page feature in an Argentinean newspaper on the subject. Everybody knows about it, but nothing has changed. The stories from overlanders continue to be told.

The Year we Ruined our Lives – by Paul Carlino

Monkeys on the Road – Mary Hollendoner

The Road Chose Me around Africa – Dan Grec

So the Officer is Corrupt, Now What?

Tips from other overlanders who were stopped on the same spot (or elsewhere dealt with a corrupt police officer):

The website of Horizons Unlimited has several threads about corrupt traffic police and traffic fines. The website of the Ministry of Justice used to provide a form that could be used when you want to protest a fine or behavior of traffic police, but I can’t find it anymore. Maybe somebody else still has a link (please put it in the comment section below, thanks).

Argentina is a fantastic country for overlanding. It’s a peaceful country with friendly inhabitants. Despite what you read here and maybe on travel forums, don’t worry too much about traffic police. Stay polite and if coming across a traffic police officer, have a form and camera at the ready and the problem will most likely solve itself.

Check it out: the Landcruising Adventure Acrylic Block Collection 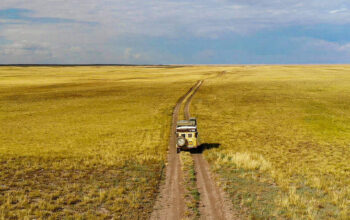 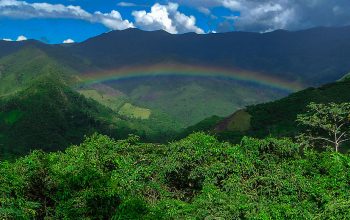 11 thoughts on “How to Deal With Traffic Police in Argentina”