China – Hiking the Great Wall Away From the Crowds

“Broken-down sections first attract tourists off the beaten track, then the inevitable hawkers, then the renovators and safety consultants who often strip away much of the historical charm along with the dangers.”

From: An Armchair Traveller’s History of Beijing, by Jonathan Clements

As soon as I decided that our four-week journey in China would be around Beijing and the northeastern part of the country, I knew that hiking the Great Wall was going to be on our list.

In fact, initially, I researched whether it would be possible to thru-hike the Great Wall (or a part of it), however, today no such hike exists. I found only expensive ways of visiting the Great Wall and the idea of hiking it faded into the background.

Wasn’t that a pity?

The Great Wall in China

Imagine more than 13,000 miles of rocks and bricks and stones meandering through valleys and deserts, along rivers, across mountain ridges, and closing off gullies and gorges. Such an awe-inspiring feat of engineering! Built in stages by different dynasties over the course of some 2,000 years, the Long Wall, as the Chinese call the Great Wall (长城 – Chángchéng), this ancient defensive structure runs through nine provinces and municipalities in northern China.

In the 7th century BC, the Zhou Dynasty had the first section built to prevent invasion from other states. The last – and most – sections were built during the Ming Dynasty (1368-1644) after they had kicked out the Mongols who had invaded the country under Kublai Khan.

Who wouldn’t want to walk on such a wall and to see it for oneself?!

Visiting the Great Wall – Where to Go?

One third of the 5,500-mile Ming Great Wall has disappeared without a trace whereas other sections have been restored. The Great Wall became a UNESCO World Heritage Site in 1987. Badaling is the most famous and visited section. If you like crowds, this is the place to go where during peak season you can hike the wall with 70,000 other daily visitors.

Clearly this was not for us so we were more than thrilled when our hosts in Beijing told us about a practically unrestored section about two hours north of where they live. It took little time to come up with a plan. While Mike, unfortunately, couldn’t join us, Marcella could and so, together with her colleague/friend Josie, the four of us took a taxi to the remote village of Chenjiapu.

Read More: Northeast China Travel Guide – Why Visit, Where to Go & How to Travel

With drinking water and some snacks for lunch we hiked out of the village into the mountains. The Great Wall was clearly visible on our left, towering above the green forested slopes. Built of cut stone blocks and bricks bound with glutinous rice flour, the wall consists of battlements, crenels and parapet walls with watchtowers flanking every 500 meters or so.

Large brown panels indicate trails that lead on and off the wall. We started with a 4-hour section that later on we prolonged with a 3-hour section (although the total only took us 5,5 hours). The 40-minute hike to the start of the trail was a good warming up before we began the serious clambering to get up the mountain slope, bushwhacking our way through thick vegetation over loose rocks, sand, and stones.

All around us we took in fabulous views of forested mountain hills and, later on, a lake and urban areas. Parts of the wall have been restored while other sections have crumbled away and are largely overgrown with weed and an astonishing variety of flowers.

The sky blue, the air blissfully clear of air pollution, and the temperatures the best you can have for a hike. Being on 1070 meters at the beginning of September, our days here were pleasantly warm while in the evenings the temperatures cooled down considerably.

We had the world to ourselves; the world silent except for birdsong, the rustling of leaves and our chatter. For hours we were simply in awe of being here as we walked in solitude across this mind-blowing, centuries-old behemoth.

At times I had to pinch myself and look around me to make sure I wasn’t dreaming; we were actually hiking the Great Wall.

Two years ago Coen and I ‘discovered’ the joy of long-distance hiking on the Baekdu-daegan Trail in South Korea. Last winter we hiked the 650 Jordan Trail and we have plans for yet another thru-hike this winter as well.

We are not the only ones – long-distance hiking is clearly growing in popularity throughout the world.

Wouldn’t it be awesome to thru-hike the Great Wall one day?

We stayed at Great Wall Fresh, a simple guesthouse in the village of Chenjiapu. One of the family members speaks English. Apart from accommodation, they offer lunch and dinner made with fresh produce from their vegetable garden and for an additional fee they lit a bonfire.

Charles River Editors have concise and interesting reads about famous landmarks and historic events, including one about the Great Wall. Check it out. The Great Wall of China: The History of China’s Most Famous Landmark.

China blocks access to many websites including most social media sites.  If you need to access Facebook, Google, Whatsapp, and other blocked sites, consider getting a Virtual Private Network (VPN) service.  Check out ExpressVPN’s guide on what is a VPN.

What is a VPN

Check it out: the Landcruising Adventure T-shirt Collection 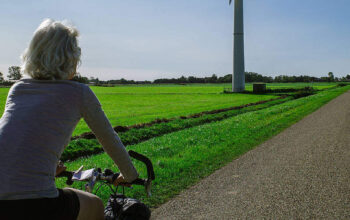 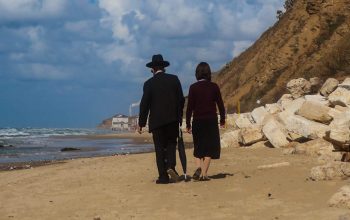