From Hash to Trail Running, to Marathon?

Overlanding is not exactly a lifestyle to stay in shape. You easily sit too much in your car seat, a camping chair, in a restaurant seat, you name it. Sure, you do your share of walking/hiking to see sights and the countryside, but it’s not exactly exercising.

In Suriname I figured it was time to do something about that. Coen and I both took up running. We met the Hash House Harriers in Paramaribo (read here) and have been running with the HASH in Suriname, Guyana, Bolivia and several other countries.

From Hash to Trail Running

In Peru we met Guy and Inge. Coen and Guy are both barefoot runners, wearing Vibram FiveFingers

. Guy got infected with long-distance running a couple of months ago and invited Coen to join him trail running around Cusco. This is a way of travel we like: Coen saw a part of the Sacred Valley that visitors normally don’t see, which included more or less forgotten Inca ruins.

Guy, his wife Inge and the two of us went for a week-long off-road trip beyond the Sacred Valley, during which we ran and hiked several mornings. One of the trail runs we did with the four of us was around Lake Piuray in Peru’s Sacred Valley (read here). We started in thick mist and on our return the sun had broken through the clouds; it was hot enough to take a (very!) cold bath in the lake. This was a couple of weeks ago and Coen and I have grown into the habit of running more often since then. In Arica (north Chile), Coen signed up for his second running event (his first one was a 5K in Suriname) and I my for my first. It was an annual event organized by the local harbor authorities with the option to run 5K, 10K or 21K.

I felt great, and proud, to run 5K in 28 minutes while Coen set his goal as high as possible: 21K (which he has never run before during a training). He succeeded in 2 hours 21 min.

What will the next step be? Running a marathon? Who knows…

For more on Hiking & Running, check out these articles: 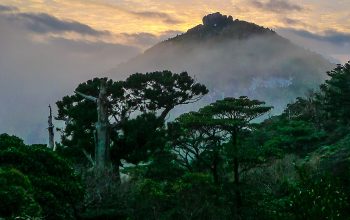