“Listen! Do you hear that? Cars driving through the water.”

Coen gets up from his camping chair walks and walks around the Land Cruiser with me in his wake. Yep. Two of them. White, fancy looking four-wheel drives. One continues driving – he must be set on doing a spin in the dunes – but the second car stops. A man gets down.

“Wow, what kind of car is that! A Bandeirante, isn’t it?” he exclaims, and before we know it we have been talking for an hour.

The second car returns and they join in the conversation. It’s the typical chat about our journey, the dangers and beauties of the world, and the differences among our vehicles.

From Rough Camping to a Guesthouse

“So you have been camping for nine years in this car?” Bertoldo asks, and continues without waiting for a reply.

“I have an idea. Why don’t you come to my place tonight? I have a guesthouse downtown and there are no guests. It’s low season. We can drink a glass of wine, chat some more and you can stay in one of the rooms, have a hot shower. Wouldn’t that be a nice change for you? What do you think?”

By then night has fallen and the men return without having explored the dunes. They both have a guesthouse in the village so I’m sure they have enough other opportunities. We pack up, follow an hour later or so and find the guesthouse without problems. Solar das Gaivotas has chosen its spot well.

Getting to the End of the World – Santo Amaro

Santo Amaro used to be a fishing village. Until some ten years ago it was practically closed off from the world (in fact, there still isn’t a decent road). When locals needed to go to São Luis, the nearest-by major city, they had to take the boat – the journey took 12 hours.

It was only after an asphalt road had been constructed from São Luis eastwards to Barreirinhas that Santo Amaro became a bit more accessible. (Barreirinhas is the eastern gateway to the dunes of Lençois Maranhenses National Park, where most travelers go.)

We were not interested in Barreirinhas and had been advised to go to Santo Amaro instead, the western gateway to the dunes. So we turned off that main road and deflated your tires as we immediately hit sand that has the consistency of talcum powder. Coen brought the air pressure down to 25 psi for the rear tires and 15 psi in the front.

There are no road signs and while I assume that all tracks will somehow lead to Santo Amaro, 32 kilometers north, it’s easy to get lost in this labyrinth of tracks and to drive lots of additional kilometers. Despite our we did do our share of those.

The path includes a couple of river crossings, one of which had a nasty deep hole that we couldn’t avoid. It was a moment to say thanks to the hi-air intake. As we did get lost a bit we ran late and camped in the middle of this wilderness.

Check it out: the Landcruising Adventure Throw Pillow Collection

For the first time since ages we put up our roof tent. It suddenly hit us: we had left the Amazon, the rain and the humidity. No rain for the next months. Yes! We’re grateful. Boy, did we sleep well. Early morning we got the company of a farmer. This area is so dry it’s almost a desert and yet this man claimed they cultivate rice here.

“Yes, during the rainy season this whole area is flooded,” he confirmed. “We always walk through the water then.”

He wasn’t much more talkative then that but was interested in a cup of tea and a bit of toast with marmalade. We said our goodbyes and continued swerving through the shifting sand with vegetation tough enough to survive here. One more dune, a bend and we had landed in paradise: white beaches, a crystalline river and pastel-tinged small houses on the other side: St Amaro.

Since Santo Amaro has become more accessible – at least for four-wheel drives – the once only-fishing village has transformed into a small town that largely lives on tourism. Some twenty families have either a Bed & Breakfast Stay or a Guesthouse and one of these is Guesthouse Solar das Gaivotas*.

The guesthouse has existed for quite a few years but Bertoldo took it over some ten months ago. “I’ve come here during weekends and vacations for the past twenty-five years. I like it and want to do more here,” he says after we’ve walked down and sat down at a lanchonette to eat a snack. “Hard to believe, huh. This town (3,000 inhabitants) doesn’t have one single restaurant to eat dinner,” he commented. “Lots of opportunities for growth here.”

Bertoldo brings visitors from cities to Santo Amaro and organizes tours to the dunes. Foreigners have found their way to his place as well. High season is when the rains have stopped but the dune valleys of Lençois are still filled with lagoons; it’s an extraordinary sight we have often seen on images.

Due to our ever-brilliance in planning we are here in November, when everything is dry. It’s scant consolation that this year it wouldn’t have mattered: it hasn’t rained at all this year.

“This is our third summer in a row,” a local concluded. No lagoons this past July and August either.

We spend the evening talking with Bertoldo about the village, the growing tourism which has been a welcoming source of income and the problems with IBAMA, the organization that has to watch the protection of Lençois Maranhenses National Park.

Driving in the dunes is forbidden, but not for locals. Locals can drive there but not with tourists. Tourists can only walk. IBAMA doesn’t enforce it. Well, they did last year which led to a lot of problems. This year they are conspicuously absent. It’s a typical story of Brazilian law and (lack of) enforcement that doesn’t fit in our logical, Western, way of thinking at all.

The next morning we have breakfast together.

“I have to return to São Luís for some business. But stay here if you like. There is a menina to make breakfast for you and a guard. Downtown are places for lunch, so you have all you need. Feel at home. I’ll be back in three or four days. Maybe I’ll see you then.”

“Tomorrow I come back,” he says on the phone and we stay another day.

The next day the ritual repeats itself. Until today, which is two weeks later. We have taken the opportunity to get our new website in the air. This guesthouse is the perfect office to do that.

Thanks Bertoldo, for your hospitality and a lovely evening together. We greatly enjoyed staying at your guesthouse and we hope we will meet again one day!

Pousada Solar das Gaivotas has ten rooms with incredibly comfortable beds, a hot shower, an open-air breakfast-cum-relax area in front of it that looks out over white beaches and the river in which women do their laundry and kids play all day long. Just walk down the garden and on the beach you are.

Check it out: the Landcruising Adventure Exploromobile T-shirt Collection 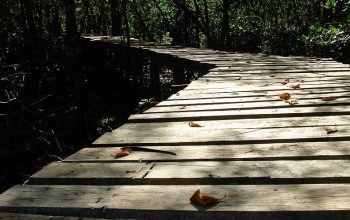 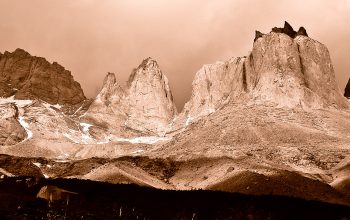