Need a Workshop in Peru? Check out Fire Wheels in Lima

For a long time now, we’ve been hearing strange noises when driving up steep slopes. Even odder, this happens only when we are driving on perfect asphalt, and in first or second gear. The clacking sound comes with a firm nudge on the steering wheel. It also seems so intermittent—every 10th turn or so, and left or right. I couldn’t replicate it even if I wanted to.

I didn’t pay much attention to it.

Causes of the Friction and Sound

My initial thoughts were that it had something to do with the slightly wider u-bolts that were used when we got our new TJM front leaf springs in Santa Cruz, Bolivia from Aventuras Extremas.

Another explanation could be that the tie-rod ends were in need of replacement as I keep busting up the rubber covers, and as a result they hold very little grease. In preparation for that possibility I had visited the Toyota guys in Arequipa to see if they hold them in stock. They didn’t and told me that Lima was out as well.

I wanted to forget about it, but you know how it goes: The issue stays in your mind and you keep on analyzing it. I thought it sounded as if the car was stuck in 4wd; in tight corners the front inner wheel needs to rotate more than the outer wheel, so it torques and that sound is similar. But then I tested the front axels in free-wheel mode and everything appeared alright.

In Lima I visited Fire Wheels. The guys over there were all in smiles. We had met before in Iquique, Chile, during the Dakar a few years back which, truth be said, I had forgotten. They recognized the Land Cruiser and were surprised we had taken that long to get to Lima. I explained our 2-year detour through Brazil and the Guianas.

Their shop is long and narrow, fitted with 3 or 4 lifts. In the back they have a complete paint booth, and they can weld aluminum and stainless steel. I’ve seen the guys working on the 2014 Dakar quads making new fuel tanks, brackets and other little inventions. All quality work as far as I could see, and the same goes for the new

Cruiser they were converting in the back – complete with a roll bar.

We had a quick look at the tie-rod ends and as they still did their job, I only needed to replace some rubber covers on those. When the mechanic checked the front wheels, he noticed little play on the right tire, which according to him explained the uneven wear on that tire as well as the slightly increasing pull to the left on perfect flat asphalt.

Since our encounter with the free-wheel-lock thieves last March in Bolivia, I had replaced some bolts with security Torx bolts mixed with plain Allen bolt, which I subsequently filled with plaster, so it took some time before we could retighten the adjusting nut on the front hub. However, that couldn’t be the source of the clacking noise, the mechanic said.

A check underneath the Land Cruiser revealed a slight play on the front drive shaft, which I knew had been there for quite some time. The mechanic assured me that this means the bearing had gone and some other expensive parts needed to be replaced, but I was guessing we don’t use the front traction all that much we could hold out a bit longer before splurging that amount of money.

My main concern was getting to know where that noise was coming from. Then the mechanic discovered that we had been driving for three years with our engine mounts not properly tightened. The engine had a bit of movement up and down, which could cause the clacking sound while going uphill. He added two thick washers and pulled the engine snug to the mounts.

Ready for a test-drive. In Lima it is hard to find some steep inclines where we could snake up in first gear while simultaneously driving short bends. We drove half an hour around and I immediately noticed the difference in the steering. It didn’t pull to one side anymore. So the front tire wouldn’t wear that unevenly anymore as well, I was sure of that.

We did manage to find some tight curves that went up and there was no clacking sound to be heard, but I wasn’t sure if that was due to the tightening of the engine mounts or just the lack in incline. Time will tell.

A New or Fixed Spare Tire?

Another thing I wanted to find was a second hand 7.50 R 16 tire for a spare since our encounter with a big falling rock (read about it here) one tire had been badly slashed and damaged beyond repair (even though we use tubes in our tires because of the split rim system). I had visited numerous places but all I could find were brand new, expensive tires which I wasn’t interested in.

Fire Wheel’s head mechanic told me he knew a place where they could possibly repair the tire and make it work as a passable good spare. It wasn’t cheap, but then it would be way cheaper than a new tire and as he could get it done in a few hours, I jumped to the opportunity.

Meanwhile, the guys in the back helped me out to cut some pieces of aluminum for baking sheets in our new oven (read about the oven here). Alfieri donated a Hella mini cigarette lighter socket as I wanted to build a separate outlet for the new little air compressor we had bought in Chile.

If you find yourself in Lima and in need of some first-class workshop experience, head over to Fire Wheels and let your car be coddled.

We’d love to hear your stories and experiences at Fire Wheel’s workshop. Feel free to share them in the comment section below. 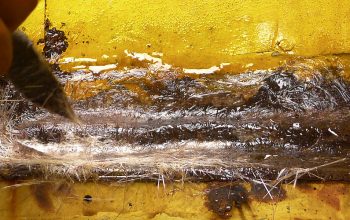 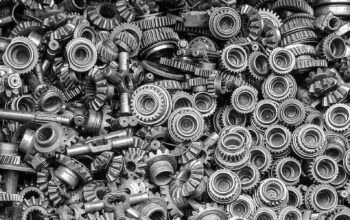 4 thoughts on “Need a Workshop in Peru? Check out Fire Wheels in Lima”