Couchsurfing in Russia (Where are We – Russia 5)

“Tell me what time you’ll arrive and I’ll pick you up,” the message said.

“We will arrive ridiculously early in the morning,” we responded. “We’ll meet you later in the day.”

After a 36-hour train ride to cover 1400 kilometers on the BAM (Baikul-Amur Mainline) we arrived in the far-from-everywhere town of Komsomolsk-on-Amur. It was 6.30 a.m. and still dark, but there he stood, our host Aleksej. At home, his wife Nadia was preparing tea and cutting fruits for breakfast. What a warm reception.

“We want to show you downtown,” they said.

Awesome, and so we put on our coats. It was considerably warmer here than where we came from (Tynda); more a feeling of autumn than winter and the city was free of snow. We cruised the super wide streets, which gave the impression that you depend on a car in this city, but our Nadia and Aleksej insisted this wasn’t the case.

“We do most on foot or by bicycle.”

Only later did we understand this remark.

We admired some of the outstanding architectural buildings. Built in the 1930s, together with a shipyard and later on other heavy industries, the center consists of neoclassical buildings (interestingly enough, Staling apparently decided to imitate the tsar style).

Among the sights were fabulous murals, sculptures and we went for a stroll on the boulevard along the Amur River. A delicious lunch followed in a nifty, modern-style restaurant – a colorful, fun place to eat with good food. At night we drove another round to see the boulevard and murals lit up.

But Couchsurfing most certainly isn’t always about being driven around, about hosts playing tour guides. A big part of it is being part of a local family. With Nadia and Aleksej, and their 2-year-old son Fedor, we settled in quickly and easily.

Nadia went out of her way to cook vegetarian food for us, which we found incredibly thoughtful (but on which we by no means insist in anybody’s home, by the way). She had bought tofu and soya milk, both new products for her. The last evening I made a stir-fry with vegetables and tofu marinated in soya sauce to show her one of the many ways to cook with tofu.

We shared some of the cooking and did the dishes. We all did our own thing, reading, rummaging about, playing with Fedor, and regularly returning to interesting discussions about both our countries and cultures.

To feel part of a family every once in a while is a great joy in our travels. A sense of being ‘home’, even if it’s not our home. The privilege of having a proper toilet, the luxury of being able to take a hot shower whenever you want, the comfort of central heating instead of a gas heater that causes condensation all over the Land Cruiser are some of the practical things we enjoy with a great intensity exactly because our regular home is a car.

To share and be with others, to have a chat, a good laugh, an insightful conversation. A way of making new friends, all over the world. This, and more, is why we stay with local people during our ongoing journey.

A Road Trip to the Mountains

On Sunday afternoon Aleksey decided to show us a lake in the mountains. We left the snow-free city, drove into the hills and into the quickly deepening snow.

It was a drive with beautiful views and 4WD was engaged as the road surface narrowed and deteriorated into a potholed trail. But alas, not all cars were properly equipped with snow tires; two had crashed into each other and one point the trail was closed.

Instead of the lake, our picture taken next to a snowman made by a picnicking family was the end point of this road trip. There is a saying about travel being all about the journey and not the destination, and this was exactly that.

Aleksey had to work on Monday but Nadia stays home with her son. We were lucky with yet another pleasantly warm early-winter day under a blue sky. The four of us went for a walk, and we understood the ‘easy to walk and cycle’ aspect of the city.

Behind their apartment building, we zigzagged through streets lined with trees, now bare but in summer this must be a nice green city with lots of shade. We passed a wall covered in murals, walked onto the plaza and into a park. This did not feel like a city with 300,000 inhabitants but rather a small town.

Before coming to Komsomolsk, we had sent two requests. The second person we wrote to, Natalia, had wanted to host us as well but Nadia and Aleksey had responded earlier. Knowing each other, Natalia came for dinner and so we got to meet after all. Sharing a glass of wine and vodka we toasted to international friendship.

The Couchsurfing world in Komsomolsk is small but we hope it will grow; the city is worth a visit and most certainly the people are a joy to meet and spend time with.

If you’re looking for ways to meet local people, to stay with them and get a feel for how and where they live, we recommend giving Couchsurfing a try.

Four days flew by. We didn’t really want to say goodbye, which feels so permanent.

“I don’t say goodbye,” Nadia spoke my thoughts. “I’m sure that one day we’ll meet again, somewhere in the world.”

“My friend,” Fedor said to Coen (translated by Nadia). It took a bit of time for his shield to come down but now he was not happy seeing his new friend go.

Feeling enriched with the new friends we made, we are about to leave Komsomolsk-on-Amur and return to our home on wheels.

Thank you Nadia, Aleksei and Fedor for sharing your home with us. It’s been a privilege. We are confident our roads will cross again! 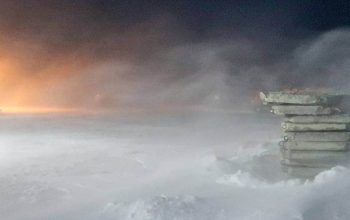 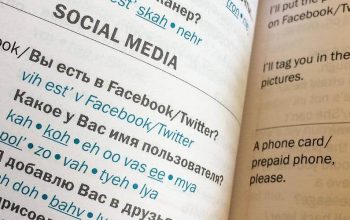