With lots of trees and truly a relaxed atmosphere, Chengde is a lovely town to just wander the streets, zigzag through local neighborhoods, enjoy the scene, walk along the Wǔliè River. And there is much more, as we will share with you in this Chengde City Travel Guide.

Chengde is a town of temple buffs, in particular. We were truly blown away even though we had already seen our share of temples during our 1-month trip through China’s three northeasternmost provinces: Lianoning, Jilin, and Heilongjiang.

The Imperial Mountain Resort consists of the Main Palace with courtyards and halls, and an immense park with gardens, all enclosed by a 10-km long wall. If you’re coming from Beijing and ready for some green surroundings and fresh air, this is the place to go.

The Mountain Resort is also worth a visit if you like to learn more about the days of the Qing dynasty, the resort being in use by the imperial family for some 200 years.

Coming from the northeast and making our way down to Beijing, we had seen our share of palaces (among which the Imperial palace of the Manchu State in Changchun) and opted out from visiting this Mountain Resort and instead focused on temples, among which the Eight Outer Temples.

The Mountain Resort of palaces and gardens at Chengde with its Outlying Temples is the largest existing imperial palace-garden and temple complex in China, covering a total area of 611.2ha.

Built between 1703 and 1792 as the Qing emperors’ detached summer palace near the imperial Mulan hunting ground 350 kilometres from Beijing, it was a base from which to strengthen administration in the border regions.

The 12 outlying imperial temples, some built in the architectural styles of the ethnic minorities, are distributed across the eastern and northern hills outside the palace and garden area. They fostered relations with the ethnic minorities and helped to safeguard the Mountain Resort.

While called the Eight Outer Temples, the buildings were built as palaces to accommodate the massive entourage of the Qing Dynasty. Not all are open to visitors and as visiting all of the ones that are open, I suggest to pick one or two and focus on them.

A replica of Lhasa’s Potala Temple, the red and white walls rise high above the forested mountain hills. It is a marvel to behold, the climbing uphill through gates, the massive structure itself seemingly reaching the heavens.

From the top you have a fantastic view.

Sightseeing – The Temple of Sumeru, Happiness, and Longevity

Next to the Putuozongcheng is the Temple of Sumeru. This huge temple was built in honor of the 6th Panchen Lama, who stayed here in 1781.

In a way it’s similar to the Putuozongcheng Temple, however, climb to the roof and see the most fabulous roof decorations you have ever seen: 8 huge, glinting dragons, each said to weigh over 1000 kg.

First built in 1732 but heavily restored, it stands next to the Mountain Resort. A small, fully enclosed and tranquil place to sit in silence for a bit and admire the architecture.

Transportation – Getting to / from Chengde

There is no need anymore to spend hours waiting in queue to buy your train tickets. Apps are the way to go, which saves you tons of time and energy. Note that you need to reserve seats for trains in China and in high summer you’ll have to do this far in advance to get to/from popular destinations.

Chengde isn’t far from Beijing, adding to its popularity for day-time visitors. Depending on what train you book, and how much you pay, you can get there in anywhere from 3,5 to 9 hours.

There are in increasing number of apps available, but we were happy with Trip.com, which also allowed us to make reservations for accommodations.

Read More: Hiking the Great Wall Away From the Crowds

Transportation – Moving around in Chengde

The downtown area and riverside are perfect to go for a stroll. The Summer Palace and the adjacent Taoist Guandi Temple are part of the downtown area. To get to the Eight Outer Temples, however, you’ll need transport. Buses and taxis are both easily available.

Check it out: The Landcruising Wild & Outdoor Clothing & Goodie Collection

In China you will never be short of food, but for us vegetarians it always does take a bit more trouble to find affordable (cheap) places that offer what we want.

And, on a lazy day, we found out, just head for a food court in a shopping mall just down the road of the hotel (Dutongfu Street). Here we stumbled upon a wide selection of noodle food stalls. We picked on where we filled a bowl with our pickings of vegetables, mushrooms, tofu and noodles from a buffet.

The cook boiled the food in a bouillon and we could spice and top the soup up as we liked. You pay by the weight of the food you’ve put in the bowl, which averaged on 20 RMB per person. We had super value for money.

Check it out: Our Samsung Galaxy Cases & Skins Collection 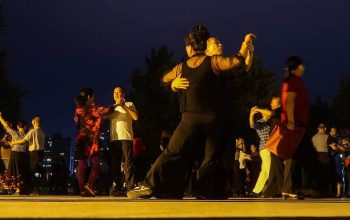 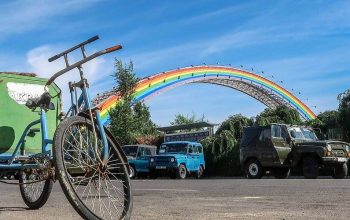