What does Changchun have to offer? We didn’t really know and the main reason to stop here on our trip from Beijing to Harbin was to visit Puji’s former residence when he was emperor of Japan’s puppet state, a snippet of history that fascinates me.

Once part of Japan’s puppet state of Manchukuo (1932-1945), Jilin Province is one of the three provinces that are part of Northeast China. Jilin was part of our 3-week itinerary during which we crossed the northeastern provinces by train and bus, staying mostly in cities along the way.

In this City Travel Guide we will focus on Jilin’s capital city: Changchun.

Changchun in a Nut Shell

Today Changchun is home to China’s largest automobile-manufacturing industry but from 1933-1945 this was the Japanese capital of Manchukuo. This short, intense period makes it not just for me the main reason to visit Changchun, but for most visitors.

With some eight million inhabitants, Changchun is big and modern. Not just that; the capital city of Jilin Province is sprawling, built for cars and without a specific downtown area and we focused on a couple of very specific sites.

All the more surprising it was to find little corners with markets and food stalls where we enjoyed local snacks and just let time go by as we tried to talk hand-and-feed language with the vendors.

Transportation to and in Changchun

At about 1,000 kilometers from Beijing, you have various ways of reaching Changchun:

Home to four railway stations, Changchun links the three northeastern provinces on a high-speed railway. Our train from Harbin took only an hour to get here and was super comfortable.

I shared a lot of details on traveling by train and bus in Northeast China in this blog post.

Downtown we took a tram, the bus, and metro.

Unsurprisingly in a big city like this you have plenty of options. Our two favorites, varying from the simplest of meals to a very nice restaurant where you can splurge if you want to.

Read More: Hiking the Great Wall Away from the Crowds

As said before, the city is sprawling yet it’s possible to find nice pockets with pleasant daily life scenes. Like in the header image, we came across a park where people were dancing every evening.

There are two main sites in Changchun, both worth a visit.

The Imperial Palace of the Manchu State

We have used VPN Unlimited for a few years now and it has been a great way to add overall safety when you depend on local WiFi. Not only will it allow you in China to access Google or your favorite social media, but it will also help you get cheaper airline tickets as well. This little cool video that will explain the benefits, especially if you travel to China. 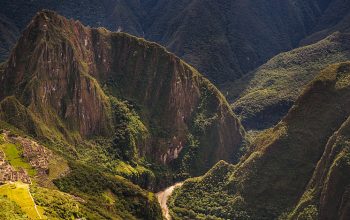