After 4 extensive visits, totaling some 600 days we are leaving Brazil and will focus on the west side of the South American continent, of which thus far we have only explored Chile.

We feel we’ve gotten to know Brazil pretty well and have traveled in the majority of its states. Still, the words, ‘if only‘ are powerful, aren’t they? If only we had more time, if only we had gone to X, Y or Z…

As we are about to hit the border it got me thinking: If only we had had another 2 or 3 weeks we could have to Detoured via São Paulo to pay another visit to our fantastic friends Milena and Clemence. In 2007 we met them via Matthias, who had contacted us on our website before we shipped the Land Cruiser to South America to warn us NOT to ship to Brazil, but to not forget to visit his country because it is so beautiful – both his pieces of advice have been worth gold.

A couple of months after our first meeting Milena and Clemence drove 6000 kms in 7 days to Ushuaia to spend the Christmas holidays with us. We would have loved to spend more time with them and hope that one day our roads will cross once more. Thanks Milena, for the T-shirts!

Visited Ricardo and Fernanda in São Paulo, whom we met in Alagoas two years ago. We were camping in a coconut plantation when one night a motorcycle stopped and the driver handed us a bag, “With the compliments from the owner of that house,” he said, pointing to a villa along the beach. Inside was a card. “Merry Christmas. Cheers.” And so on Christmas Eve we sat on the beach drinking champagne and eating tropical fruits. In the week that followed we got to know those owners, Ricardo and Fernanda and spent New Year’s Eve at their house.

Ricardo Semmler is an entrepreneur, nationally and internationally known for his innovative management policies. He also founded a new type of school, Escolas Lumiar, which he runs with Fernanda in São Paulo. It’s too unfortunate we didn’t have time to visit them and learn more about their stimulating projects. Detoured via the state of Paraná to visit our friend Enzo. We met Enzo through a Paul, a Dutchman who approached us in Florianópolis because of the Land Cruiser’s Dutch number plates. He invited us to stay at his guesthouse for a couple of days in Campeche and gave us a list with places to visit, among which Reserva Ecologica do Sebuí, in the Atlantic Forest near Curítiba.

In Sebuí we experienced a true example of ecotourism. We have stayed in contact and recently Enzo emailed us, telling us he had opened a second ecolodge, this time in Paraná’s countryside and invited us to visit him there. Unfortunately, bureaucracy doesn’t allow us this but we will continue to follow his work in ecotourism. Traversed the wilderness of the Pantanal, like we did a couple of years ago. The Pantanal shares our #1 spot in South America with Salar de Uyuni in Bolivia. When we traversed the Pantanal, opening and closing some 120 fences of fazendas (ranches) in the process, we were stopped by a driver one day. “Hi, I am Pablo. I have seen your car in Corumbá. Why don’t you come to my fazenda, which is also a guesthouse, for a couple of days. I’d love to show you around.”

We did, and camped in the garden, fed the house toucan and tried to prevent the 6-month-old and playful orphan giant anteater to play with us (we failed and since these animals have incredibly sharp nails – the reason for us not wanting to play with it – I was left with a big scar on my leg). Pablo took us on a nocturnal wildlife viewing trip and we went piranha fishing with him. We have stayed in touch with the owners of the guesthouse and they invited us to return, knowing we were going to be around the Pantanal again.

As I write this we’re on the Estrada Parque, which runs alongside the southern edge of this wilderness. During the first 50 kms we saw a young deer, a coatie (raccoon), toucans, macaws, a jabiro stork, hundreds of caymans and dozens of capybaras. The Pantanal attracts us like a magnet and it is only too unfortunate our visa will be running out in 2 days and we really can’t hit the interior and visit our friends again as Fazenda 4 Cantos is a full-day drive from here.

I am overcome with a feeling of nostalgia when thinking of all these wonderful encounters and although I am not much of a person to live with regrets, I can’t help it: there is this pang of regret knowing that we are now definitely leaving all these friends behind. It’s the flipside of travel: you make friends but you leave them behind again, and at times you miss them so much that it hurts. I am only too aware of the luxury of this regret, so to say. We could have chosen to have driven south earlier to do all these things. But then we would have had to say ‘no’ to these people who invited us to stay with them along Brazil’s beach these past couple of weeks:

The feeling of nostalgia and regret are overruled by feeling incredibly rich to have met so many beautiful people. And the above-mentioned are just a few of all friends we made in Brazil. Mentioning them all would fill a book.

And so, not with regret but with joy we say goodbye to Brazil, our hearts filled with warm memories. 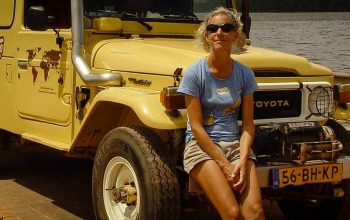 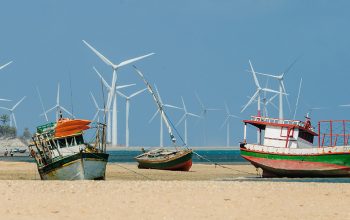