Where would the Land Cruiser be without an air filter?

On many unpaved roads, dust is a nuisance. Not just because it blocks the sight of oncoming traffic, but also because in hairpin turns rear tires sometimes kick up an unbelievable amount of bulldust, which subsequently finds its way into the Land Cruiser through open windows. The King of Air Filters – The ‘oil-bath-type’ air filter

We can live with that. On such roads we don’t overtake and keep the windows closed. But in general, a car’s engine isn’t too happy with all that dust. That’s why some smart guy invented the air filter.

Our Land Cruiser has been equipped with the king of all air filters: the ‘oil-bath-type’ air filter. This means that the paper unit has been replaced by a metal, meshed unit which has has been lightly doused in oil, and which sits in half-an-inch of oil in the filter’s housing.

Every 20,000 kilometers I rinse the unit with diesel and replace the oil in the basin. That’s it. No hassle of either bringing a paper unit or hoping to find it in the car-part shops. Additional to the king of air filters, the Land Cruiser sports a high-air intake. Most people think of the snorkel as a way for a car to forge two-meter-deep rivers. While this might be possible, few people install a snorkel for that reason.

The main advantage of a high-air intake is that instead of air being ‘inhaled’ at the engine level, it now enters at the vehicle’s highest possible point, which leads to cleaner (less dust) and colder air which is better for a diesel engine. 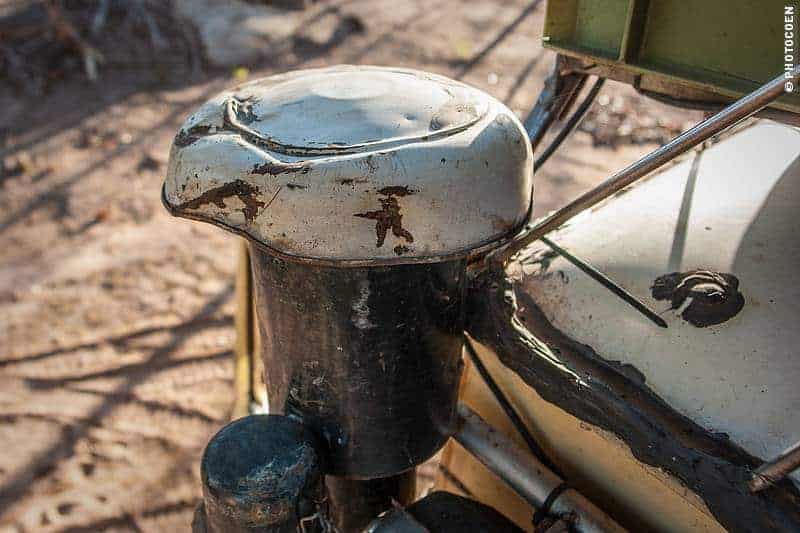 Even Better: Pre-Filtering the Air

At the top of our high-air intake sits the odd-looking but powerful cyclone MANN pre-cleaner unit. This spins the dust around which has entered the system and tosses it out on the bottom. A winning combination, as it eliminates the maximum of dust.

Because of its exposed position, the pre-filter is prone to hit tree branches when driving on a slant on narrow trails in the forest. I’ve had to straighten it out after such dense jungle runs, and even needed to weld it.

After the top got too rusted, I resorted to gluing a cheap aluminum frying pan on it. In Boa Vista, in northern Brazil, the pre-filter had completely disintegrated and couldn’t be saved.

This little Amazonian town wasn’t exactly known as the best place to go shopping for a new pre-cleaner, and Brazilian far-stretching improvisation skills would surely have been asked for, were it not for our friend Ricardo. He took his Donaldson Full-View Pre-Cleaner

from his Toyota and gave it to us.

Together with Elmer-Jeep, we made adaptations to the existing tubing so the ‘new’ pre-filter could sit comfortably at its new location. 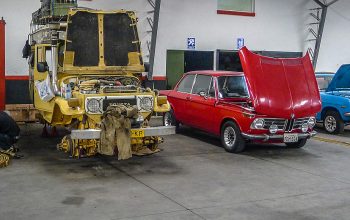