A Gesture of Welcome in a New Country (Guyana)

On our first day in Guyana we feel welcome. Well, not so much by the drug addict in New Amsterdam who starts to get a bit nasty after we don’t want to buy his drugs or donate 20 euros, but he is a good reminder of a group of people that is part of this society (more so than in Suriname and French Guiana) and that we will most likely come across in Georgetown as well. But there are other experiences, most notably the car workshop where we are not allowed to pay for the repair of a tire.

On our way to Guyana, we had a flat tire in Suriname (the second on our 5-year journey in South America) and replaced it with our spare. We decided to get it fixed in Guyana. 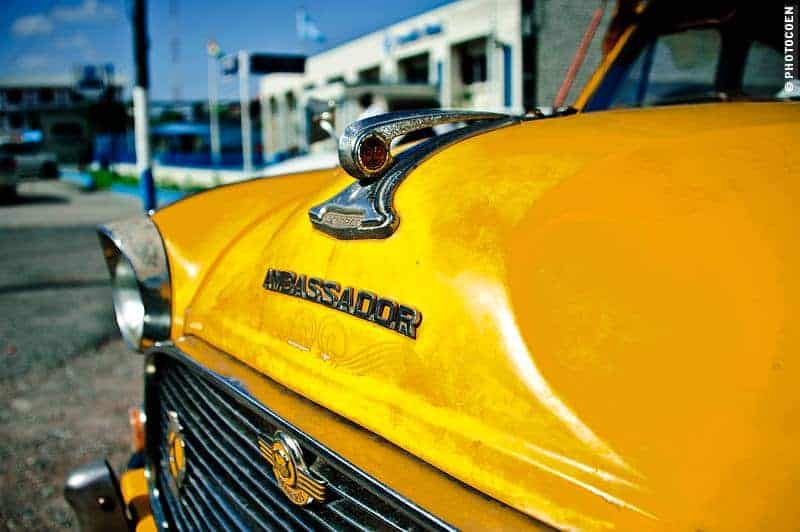 In the first village we come across, Skeldon, we stop at a tire repair shop. Fixing tractor tires is this workshop’s core business but the owner is absolutely flattered by the two foreigners who come to his shop. He calls his mechanics and the tire is fixed in a flash. Coen is impressed: the floor and walls may be black from years of working with dirt, oil, and grease but the guy’s professionalism is evident in the neat display of all his tools on his workbench.

When I need to use the bathroom I can’t use the men’s, but I’m escorted to the house, introduced to the lady of the family who takes me to her bathroom. I’m touched by their attentiveness. Coen is not allowed to pay for the work.
“No, no, I’m so glad you came to my shop,” the owner says. As a token of appreciation Coen buys the mechanics a coke instead.

An average drive between the Corantyne River (Guyana’s eastern border) and Georgetown (the capital) takes 3 hours as it is only 180 kilometers. We need 7 hours. We are charmed by what we see although the contrasts in means of transportation, the styles of houses and the clothing of the Guyanese prove that there is a large discrepancy between rich and poor, which is not something any country could be proud of.

Nevertheless, it’s easy to be charmed by the country. We also realize that after most border crossings we’re initially seduced by first impressions and that as we stay longer and get a more in-depth feeling for a country and its inhabitants we get a better perspective. Having said that, this first day has roused our curiosity, especially seeing Guyana’s Tapirs. Read that story here.

For more on Guyana, check out these articles: 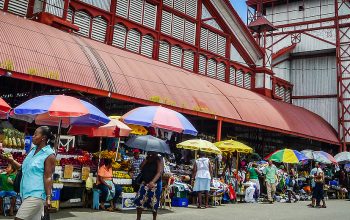